Why some male fish fertilize eggs in their male relative’s nests • Earth.com 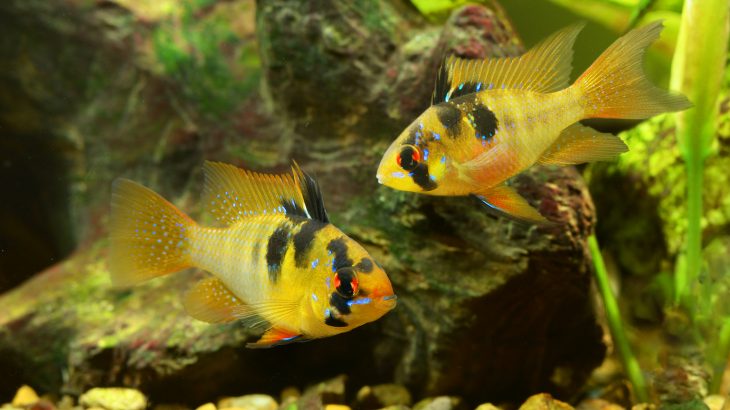 Researchers from the Karl-Franzens-Universität Graz in Austria may have discovered the explanation behind a seemingly counterintuitive act of cuckoldry that occurs in the animal kingdom, particularly among cichlid fish.

Cuckoldry describes how some male cichlid fish mate with socially paired up females and end up fertilizing eggs in another male’s nest. This results in paternity loss and some parents end up caring for offspring that are not genetically their own.

Evolutionarily speaking, this kind of behavior can be explained by the drive to pass on genetic material at any cost.

However, upon closer inspection, the researchers discovered that the male cuckolders were choosing to fertilize eggs in the nest of a male relative and conducted a study to better understand this behavior.

“At first glance, this is evolutionarily puzzling because when males are related, we typically expect them to compete less with one another, not more,” said Kristina Sefc, the corresponding author of the study. “This ‘banding together’ of related males makes sense, however, when spawning events involve many males, including lots of unrelated males. Then, the male relatives essentially work together to compete against the host of unrelated males.”

The study was published in the journal BMC Biology.

The researchers tested the relationships between different male fish and their cuckolders by collecting and sampling offspring from 70 broods.

After analyzing and testing the offspring, the researchers realized that cuckolders sought out the nests of relatives more often than previously thought and there may be a good reason for this.

Even though sharing the same DNA would dictate the fish go elsewhere to spread their genes, cuckoldry still ensures that the genes are passed on regardless of who fertilizes the eggs.

Cuckoldry could also lessen the chances that other unrelated males will swoop in during spawning events.

The researchers only tested one species of fish, but further studies may yield similar insights for other species in the animal kingdom.

“This study has the potential to change our contemporary view of cuckoldry and paternity loss. Paternity loss is widespread across the animal kingdom, but outside of animals that live in close-knit family groups, relatedness between males and their cuckolders is often assumed to be zero,” said Aneesh Bose, the co-author of the study. “Here, we show that males can be related to their cuckolders and it will be exciting to see how widespread this phenomenon is in other species.”