Many New Jersey residents are fighting the EPA over sand dunes • Earth.com 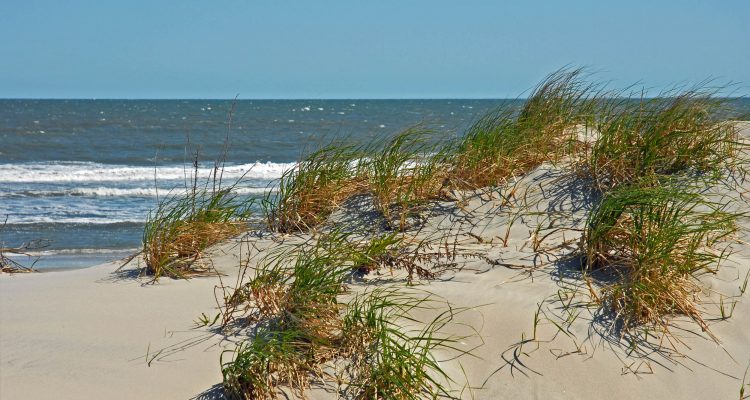 Many New Jersey residents are fighting the EPA over sand dunes

Almost four years after Superstorm Sandy pummeled his neighborhood so badly that Britain’s Prince Harry had to stop by for a look at the damage, Paul Jeffrey is ready to sleep soundly again.

His Ortley Beach community in Toms River, New Jersey called itself ground zero of the 2012 storm that washed entire neighborhoods off the map and in some cases, into the bay.

It is among shore towns in a 14-mile stretch of coast that will soon be getting protective sand dunes as part of a $150 million project that has been repeatedly delayed by litigation from some property owners. New Jersey officials solicited bids this week for the project, which Environmental Protection Commissioner Bob Martin said should begin in the spring.

“It actually lets people sleep at night,” said Jeffrey, president of the Ortley Beach Voters and Taxpayers Association. “When these storms come through, people have trouble sleeping. They don’t know if they’re going to wake up to water pouring through their homes. This is a stress-reliever.”

But for homeowners fighting against the plan, it is a nightmare. The state has obtained nearly 350 easements from oceanfront property owners who voluntarily gave permission for the dunes to be built on part of their land. But 149 others are fighting the state’s condemnation proceedings court: 83 in Bay Head; 53 in Point Pleasant Beach; nine in Berkeley, and four in Mantoloking.

Some don’t want to lose their ground-floor oceanfront views. Others object to the government seizing private property, and still others, including a group in Bay Head that has spent millions of dollars of their own money on a rock wall between their homes and the ocean, say it’s simply not needed.

Many of the foes also question the federal government’s commitment to constantly replenishing the sand as it washes away every few years for the next half-century. Thom Ammirato, a spokesman for some of the Bay Head objectors, said the dunes won’t be finished until after Republican Gov. Chris Christie’s administration leaves office in 2018, and questioned whether future federal and state governments will keep paying to maintain the project.

“How does Bob Martin expect to pay for this?” Ammirato asked. “Is he just dumping it on the next administration, or does he still believe in the fairy tale that the federal government is going to pay for New Jersey beaches for the next 50 years? Residents along the beach will be making life-altering decisions on the promise made by Martin and Gov. Christie. That could be foolish.”

The dunes will stretch from Point Pleasant Beach to Island Beach State Park, which includes areas that were hit the worst by Sandy. Mantoloking was cut in half by the storm, Route 35 – the state’s second-busiest north-south coastal highway – was smashed to pieces and virtually every one of the town’s 521 buildings was either damaged or destroyed; entire neighborhoods were washed away, including houses that ended up atop a bridge, or in a nearby bay.

And the Ortley Beach section of Toms River still struggles to recover nearly four years later. It was one of the places Britain’s Prince Harry saw during a 2013 tour of storm-damaged areas.

Martin commended the homeowners who voluntarily signed their easements, calling them “the real heroes here.” Since a state judge ruled in favor of New Jersey’s condemnation efforts for the dune plan in March, the state has pressed its efforts in court while negotiating with others, including the owners of the privately owned Jenkinson’s Beach in Point Pleasant Beach, one of the state’s main summer tourist spots.