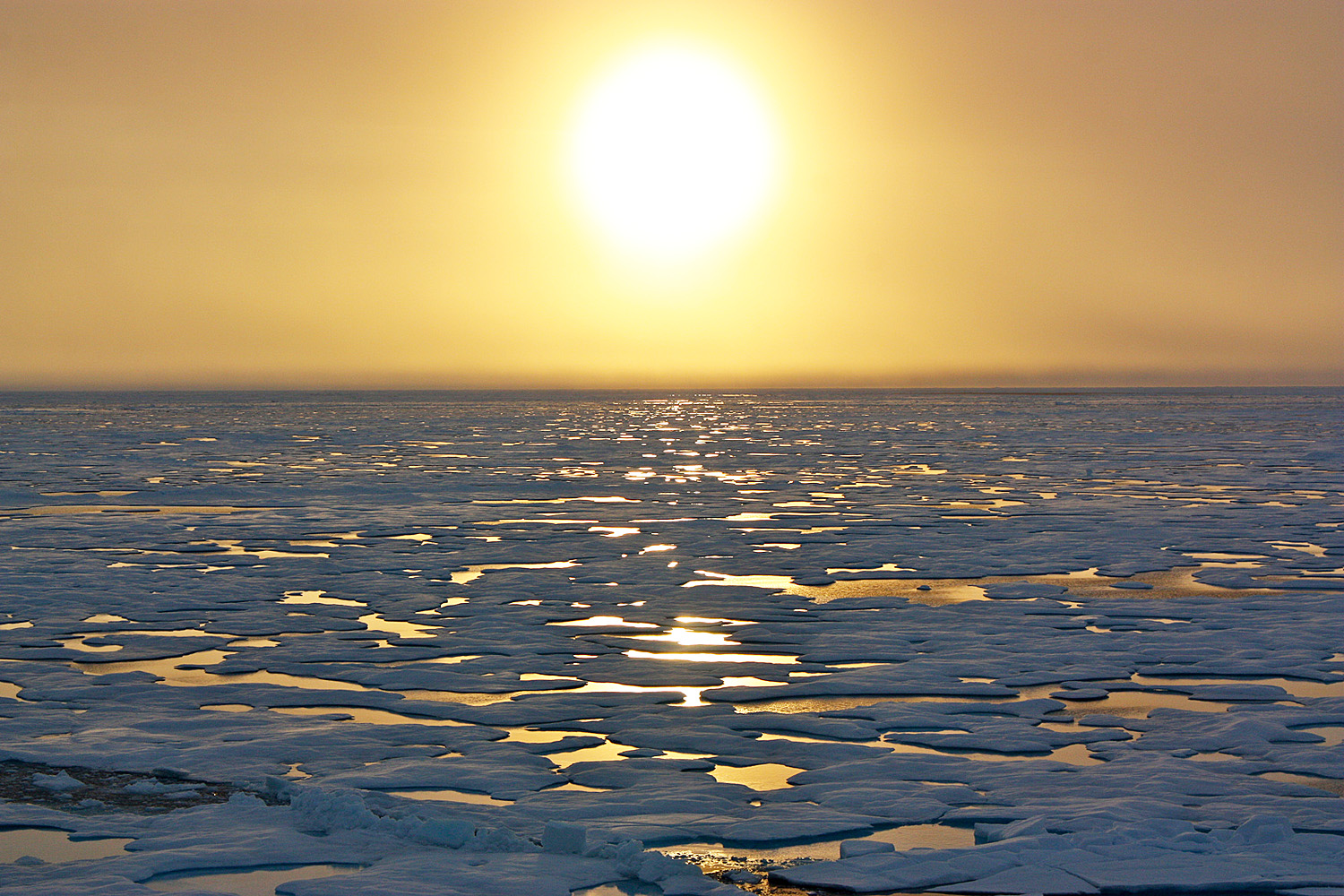 Marine carbon sinks confirm importance of polar oceans. About the same amount of atmospheric carbon that goes into creating plants on land goes into the bodies of tiny marine plants known as plankton. When these plants die and sink, bacteria feed on their sinking corpses and return their carbon to the seawater. When plankton sink deep enough before being eaten, this carbon is taken out of circulation as a greenhouse gas to remain trapped in the deep ocean for centuries.

How these carbon sinks happens in different regions of the ocean would seem like an academic question, except during an era when humanity is spewing carbon dioxide into the air at record-high levels and wondering where all that carbon will go in the future.

A University of Washington study published this week (July 25) in the Proceedings of the National Academy of Sciences uses a new approach to get a global picture of the fate of marine carbon. It finds that the polar seas export organic carbon to the deep sea, where it can no longer trap heat from the sun, about five times as efficiently as in other parts of the ocean. Marine carbon sinks confirm importance of polar oceans

“The high latitudes are much more efficient at transferring carbon into the deep ocean,” said first author Thomas Weber, who did the work as a postdoctoral researcher at the UW and is now an assistant professor at the University of Rochester in New York. “Understanding how this happens will certainly allow a more complete prediction of ocean responses to climate change.”

The planet has many carbon sinks, or routes that transfer heat-trapping carbon from the atmosphere into other parts of the Earth system. This sink is a literal one. Carbon-rich plankton detritus clumps together to form marine snow that drifts down through the water and provides food for deeper-dwelling organisms. The continual supply of organic carbon in particles from the surface to the deep sea is known as the “biological pump.”

This pump had been thought to operate at similar strength throughout the oceans, but the new study finds a strong regional pattern. The authors find that about 25 percent of organic particles sinking from the surface in the polar oceans reach at least 1 kilometer (0.6 miles) — the depth required for long-term storage in deep waters or the seafloor. Just 5 percent of sinking carbon in the subtropics makes it that far, while the rest is released into shallower water where it can soon rejoin the atmosphere. The tropics have an intermediate value of about 15 percent.

“This highlights the importance of the polar ocean — the cold, high-latitude parts of the ocean — for their ability to store carbon over long time periods,” said co-author Curtis Deutsch, a UW associate professor of oceanography.

The growth of marine plants at the ocean’s sunlit surface is well-studied, but what happens a mile down is more mysterious. For many years, scientists have put floating sediment traps at different depths to try to learn how deep the particles reach, but the results have been inconclusive. “It’s obviously quite expensive to deploy these traps on a scale that you would need to make global estimates,” Weber said. The new study takes a different approach. Researchers looked at phosphate, a nutrient taken in by plankton in the surface and released with carbon when particles decompose. They then used a computer model of ocean currents to determine the depth at which this nutrient is released.

“By looking at the products of the decomposition we could look at it in the opposite way but come to the same information, which is how deep stuff gets before it decomposes,” Deutsch said.

They found that, overall, about 15 percent of the carbon in ocean plankton makes it to long-term storage in the deep ocean, which agrees with previous estimates. But the regional pattern came as a surprise.

The authors tried to understand why. Temperature could be a factor, since cold water, like refrigerators, will slow decomposition on the way down. But the temperature difference could not fully explain the results.

What did explain a range of observations was the size of the organisms that form marine snow. Warm, nutrient-poor subtropical seas are so-called “marine deserts” where the life that survives is made up of tiny picoplankton. Nutrient-rich polar oceans, and to a lesser degree the equator, can support larger lifeforms, such as diatoms, that sink more like a proverbial stone.

“Simply because they sink faster, these large phytoplankton are more likely to reach the deep ocean before being consumed,” Weber said.

Under climate change, oceans are predicted to support fewer plankton overall. What’s more, it’s thought that water temperatures will rise, currents will slow and the tropics will expand.

“Even though this study is not directly about climate change, it provides us with a new way of thinking to apply to climate-change scenarios,” Weber said. “As those regions dominated by smaller plankton tend to expand, it’s likely that the ocean will become less efficient at locking carbon away from the atmosphere.”

The research was funded by the Gordon and Betty Moore Foundation. Other co-authors are UW oceanography postdoctoral researcher Jacob Cram and graduate student Shirley Leung, and Timothy DeVries at the University of California, Santa Barbara.