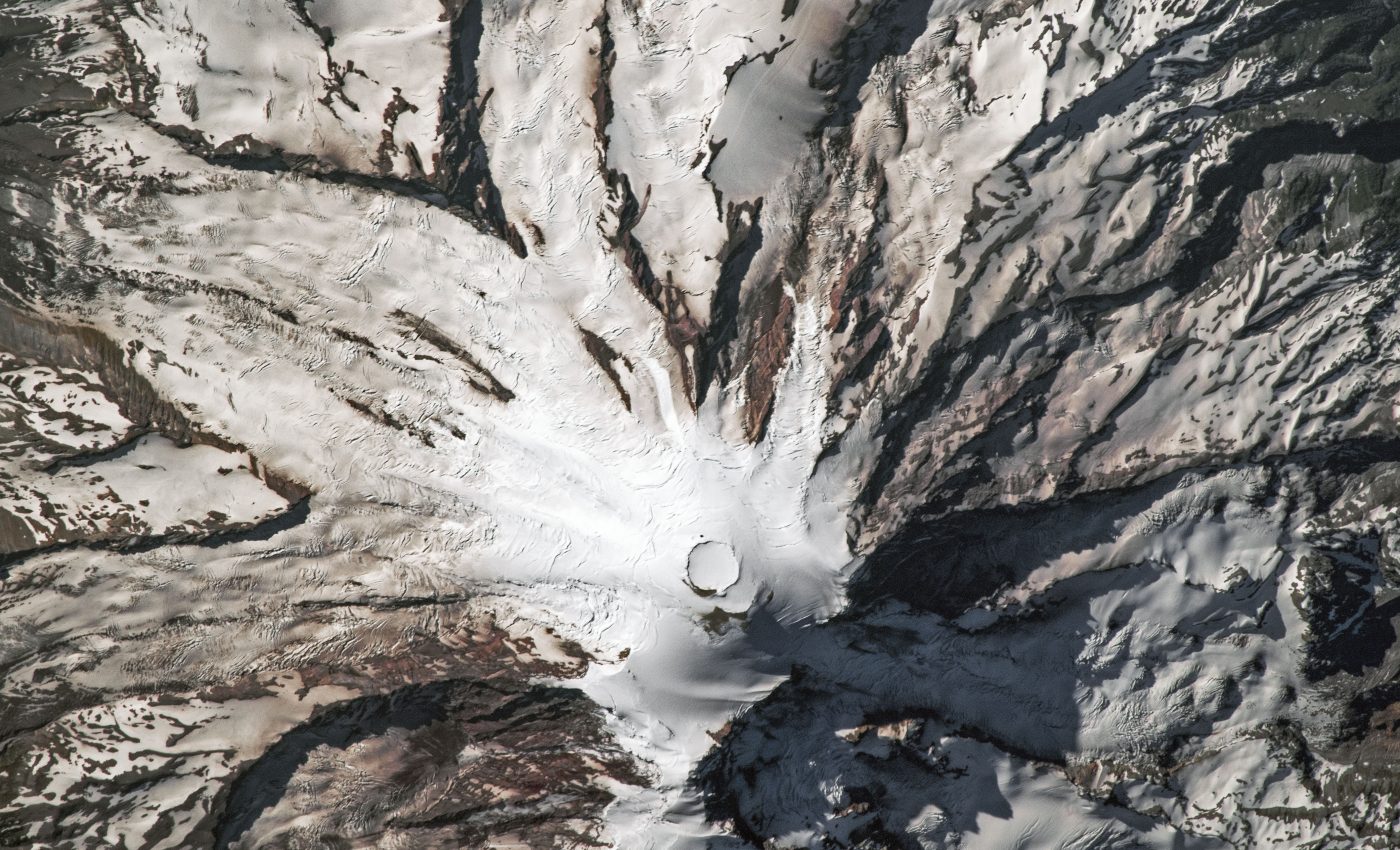 Today’s Image of the Day from NASA Earth Observatory features Mount Rainier, an active stratovolcano that is located 60 miles southeast of Seattle, Washington.

According to NASA, the mountain is the result of about half a million years of growth during periods of volcanic activity.Mount Rainier (pronounced: /reɪˈnɪər/), also known as Tahoma or Tacoma, is a large active stratovolcano in Cascadia located 59 miles (95 km) south-southeast of Seattle,in Mount Rainier National Park. With a summit elevation of 14,411 ft (4,392 m),it is the highest mountain in the U.S. state of Washington, and of the Cascade Range of the Pacific Northwest, the most topographically prominent mountain in the contiguous United States,  and the tallest in the Cascade Volcanic Arc.

Mt. Rainier is considered one of the most dangerous volcanoes in the world, and it is on the Decade Volcano list. Because of its large amount of glacial ice, Mt. Rainier could produce massive lahars that could threaten the entire Puyallup River valley. “About 80,000 people and their homes are at risk in Mount Rainier’s lahar-hazard zones