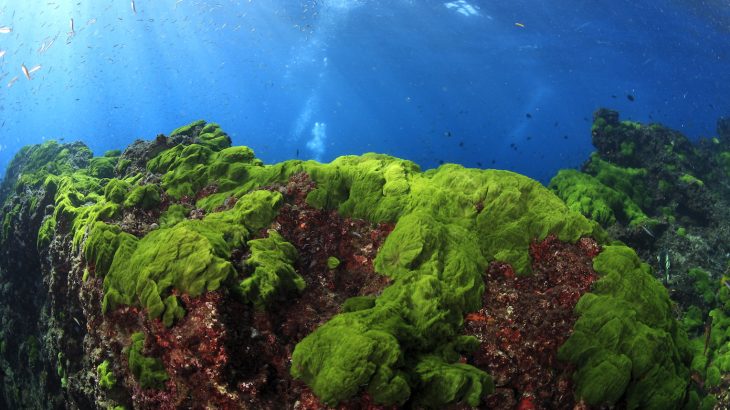 Abundant populations of marine microbes could soon play a critical role in regulating the Earth’s climate as the oceans get warmer.

Currently, algae at the bottom of the food chain have a leading role in carbon storage, and chlorophyll-equipped ocean algae capture sunlight and convert into energy.

Researchers led by the University of Southern California discovered that bacteria with a certain pigment called rhodopsins might become even more widespread and replace algae as the ocean’s key energy converter in areas where nutrients are scarce.

“Oceans are important for climate change because they play a key role in the carbon cycle. Understanding how that works, and the marine organisms involved, helps us refine our climate models to predict climate in the future,” said Laura Gómez-Consarnau, the lead author of the study.

Bacteria with rhodopsins are able to live off of both sunlight like algae and organic matter, like most bacteria.

Even though past research found that rhodopsins make up about 80 percent of all marine bacteria, this is the first study of its kind to measure microbe concentrations and identify areas where rhodopsins are more likely to be found.

“Oceans are important for climate change because they play a key role in the carbon cycle. Understanding how that works, and the marine organisms involved, helps us refine our climate models to predict climate in the future,” said Gómez-Consarnau.

The researchers measured rhodopsin density along a 3,000 mile stretch of the eastern Atlantic Ocean and the Mediterranean Sea in 2014. Water samples were collected to identify microorganisms and find out where rhodopsins preferred to inhabit.

Not only did the researchers find that rhodopsins were abundant throughout the areas sampled, but the bacteria seemed to prefer nutrient-poor regions and were more efficient at capturing sunlight than algae in those areas.

“Rhodopsins appear to be more abundant in a nutrient-poor ocean, and in the future, the ocean will be more nutrient poor as temperatures change,” said Gómez-Consarnau. “So, with fewer nutrients near the surface, algae will have limited photosynthesis, and the rhodopsin process will be more abundant.”

Current climate models do not account for this shift in microbial abundance, the researchers note, and the study highlights the importance of bacteria in the marine ecosystem.

Long considered decomposers, this study shows that certain bacteria can also serve as the primary energy source at the surface.

“We estimate that, given the concentrations found in seawater, rhodopsins could capture more light energy than chlorophyll in the ocean,” said Gómez-Consarnau. “These findings change the fundamental assumption that the marine biosphere is only powered by sunlight captured by chlorophylls during algal photosynthesis.”

The study findings were published in the journal Science Advances.