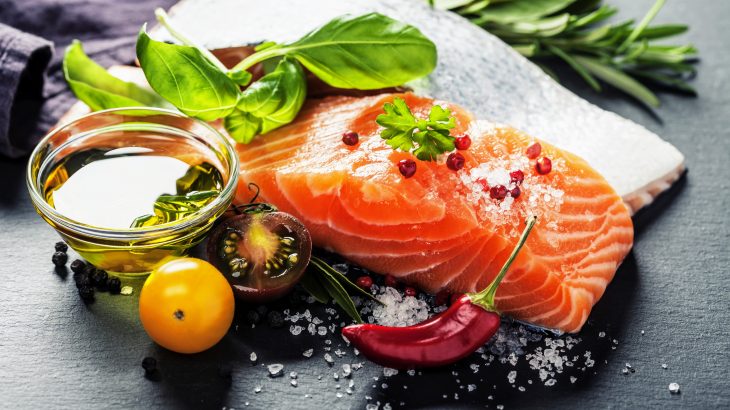 In a new study published by Cell Press, experts are describing a new material that can be used to detect seafood freshness. The hydrogel chemosensor, which mimics chameleon skin, changes color in response certain vapors that are released as fish spoils.

According to the researchers, the material may also be used to advance the development of stretchable electronics, dynamic camouflaging robots, and anticounterfeiting technologies.

Study co-author Tao Chen is a professor at the Ningbo Institute of Materials Technology and Engineering at the Chinese Academy of Sciences.

“This novel core-shell layout does not require a careful choice of luminogen pairs, nor does it require an elaborate design and regulation of the complex photophysical interactions between different luminogens,” said Professor Chen.

“These advantages are important to the future construction of robust multicolor material systems with as-yet-unachieved performance.”

Scientists have previously developed soft materials that can shift across a range of colors, but synthetic materials are rarely able to change their color as skillfully as chameleons do.

“Most artificial color-changing soft materials have been prepared by simultaneously incorporating two or more responsive luminogens into one single elastomer or hydrogel matrix,” said Professor Chen.

“On the other hand, the organization of different iridophores into two superposed core-shell structured layers constitutes an evolutionary novelty for panther chameleons that allows their skins to display complex structural colors.”

To test the abilities of their hydrogel chemosensor to detect seafood freshness, the researchers sealed test strips made from the material in boxes with fresh shrimp or fish for 50 hours.

According to Professor Chen, the new material has potential applications beyond detecting seafood freshness. He said that both the novel core-shell hydrogels, as well as the strategy used to make them, could prove useful in a diverse range of scientific fields, including robotics.

“In the near future, we plan to utilize the developed chameleon skin-like core-shell hydrogels to prepare biomimetic soft camouflaging skins, which can be used to mimic the diverse color-changing functions of living organisms’ skins and to help achieve desirable active camouflage, display and alarm functions in robots,” said Chen.

The study is published in the journal Cell Reports Physical Science.