May the Fourth: Using Star Wars to learn Newton’s Laws of Motion • Earth.com 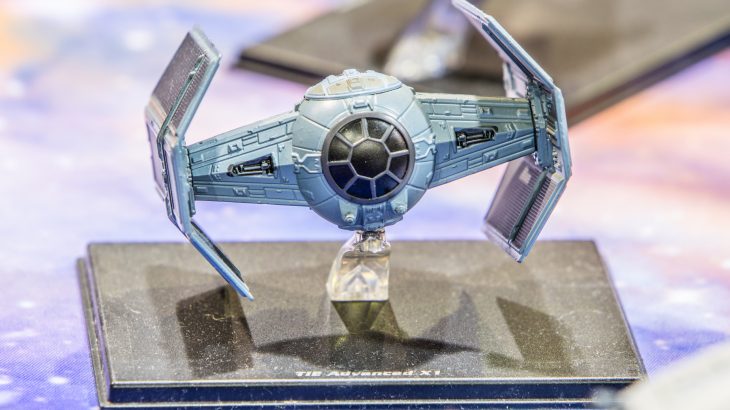 May the Fourth: Using Star Wars to learn Newton’s Laws of Motion

The National Aeronautic and Space Administration (NASA) and the California Institute of Technology’s Jet Propulsion Laboratory (JPL)  has found a way to combine Star Wars and the Dawn Spacecraft mission to help teach Newton’s Laws of Motion.

May the Fourth is commonly known as Star Wars Day, and the JPL has designed a fun, interactive lesson that teachers can use to “turn science fiction into science fact” as Lyle Tavernier, a JPL Educational Technology Specialist, put it.

What does Star Wars have to do with the Dawn Mission or Newton’s Laws of Motion? The answer has to do with ion propulsion.

Star Wars fans know exactly what a TIE fighter is in the Star Wars universe. The iconic spherical cockpit with two elongated hexagonal panels attached to either side made the TIE fighter a staple of Star Wars lore and was commonly flown by Imperial stormtroopers, including Darth Vader himself.

The ‘TIE’ in TIE Fighter stands for Twin Ion Engine, and the JPL is fitted with labs specifically dedicated to testing ion thrusters which were used to propel the Dawn spacecraft as it orbited around Vesta and Ceres in the asteroid belt.

Unlike your typical rocket engine, where a gas that is heated up or pressurized is forced out of a rocket engine nozzle, ion thrusters work by taking the gas xenon and using an electric charge to turn it into an ion.

The positively charged ions are then forced through a metal grid at a rate of about 90,000 miles per hour, and this force propels the spacecraft forward allowing it to slowly pick up speed and reach extremely high velocities.

Ion engines and the Dawn Mission which captured stunning images of some of the largest objects in the asteroid belt would not be possible if it weren’t for Newton’s basic principles of motion.

The Laws of Motion and the equation Force equals Mass Acceleration is an integral part of middle and high school physics, and the JPL has designed a special activity that teachers can use to help students apply these laws to real-world scenarios.

The activity “Ion Propulsion: Using Spreadsheets to Model Additive Velocity” has students determine the velocity and distance of an ion engine spacecraft like Dawn and graph the data with a spreadsheet.