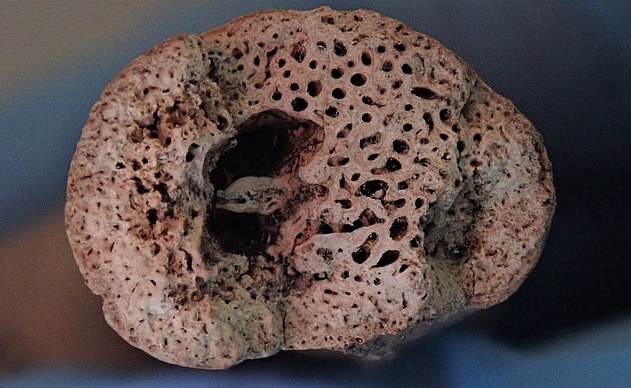 Skeletons excavated from Norton Priory in England contain a rare and unusually aggressive form of a bone disease similar to Paget’s disease, according to a new archeological study.

Paget’s disease of bone is a chronic disorder where new bone tissue gradually replaces old bone tissue. However, the new replacement tissue is weak which makes some bones easily susceptible to fracturing, breaking, and damage.

The earliest reports of Paget’s disease were found in ancient Roman remains, but little is known about the history, origin, and evolution of the disease.

Researchers from the University of Nottingham and a team of collaborators analyzed excavated remains from the priory dating back to the Medieval period. Six out of the 130 skeletons excavated contained a strange form of Paget’s.

As much as 75 percent of the skeletons of some individuals were affected by the disease. The researchers also calculated an age of death as low as 35 for some of the individuals directly due to the disease.

“We identify an ancient and atypical form of Paget’s disease of bone (PDB) in a collection of medieval skeletons exhibiting unusually extensive pathological changes, high disease prevalence, and low age-at-death estimations,” the researchers wrote in their study, which was published in the journal Proceedings of the National Academy of Sciences.

The team sequenced DNA from the preserved remains and used RNA and protein analysis to identify an ancient protein similar to one called p62, which plays a fundamental role in Paget’s disease today.

“Detection of ancient p62 as one of the few noncollagenous proteins in skeletal samples (bones and teeth) based on a combination of peptide sequencing and Western blotting is strongly indicative of a diagnosis of PDB…,” the researchers wrote.

Paget’s disease is believed to have originated in Western Europe and the UK.