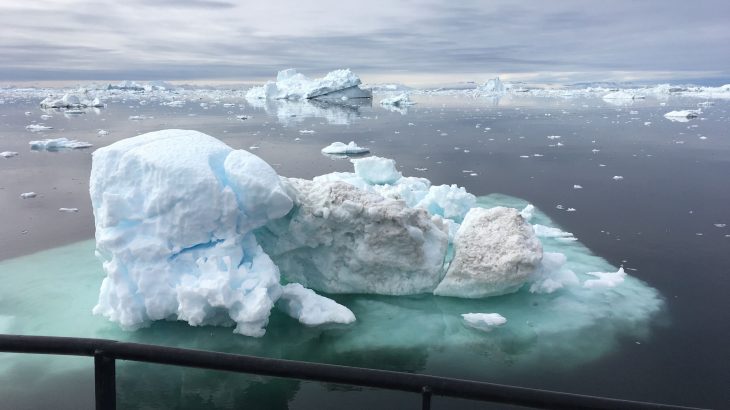 Melting ice sheets could prompt “climate chaos” within this century

By the year 2100, severity of weather will be greater due to melting ice sheets off Greenland and Antarctica.

A new study, published February 6th in Nature, simulates the effects of this extreme melting on ocean and air temperatures and weather circulation patterns under our current climate policies.

“Under current global government policies, we are heading towards 3 or 4 degrees of warming above pre-industrial levels, causing a significant amount of melt water from the Greenland and Antarctic Ice Sheets to enter Earth’s oceans,” said Associate Professor Nick Golledge from Victoria University of Wellington’s Antarctic Research Centre in New Zealand. “According to our models, this melt water will cause significant disruptions to ocean currents and change levels of warming around the world.”

Professor Golledge and an international team of researchers were able to better predict the future of climate change using detailed simulations of the melting paired with satellite observations of recent ice sheet changes.

Professor Natalya Gomez, from the Department of Earth and Planetary Sciences at McGill University, modelled projected changes in water levels around the world as the ice sheets continue to melt. She predicts that the fastest water level rise will happen between 2065 and 2075.

“Water levels would not simply rise like a bathtub,” said Professor Gomez. “Some areas in the world, such as the island nations in the Pacific, would experience a large rise in sea level, while close to the ice sheets the sea level would actually fall.”

However, sea level changes are not the only outcome of the melting ice sheets. As warmer melt water enters into the ocean, major currents like the Gulf Stream will weaken. This will lead to warmer air in the Arctic, Eastern Canada, and Central America, and warmer temperatures in Northwestern Europe.

“Sea level rise from ice sheet melt is already happening and has been accelerating in recent years. Our new experiments show that this will continue to some extent even if Earth’s climate is stabilized. But they also show that if we drastically reduce emissions, we can limit future impacts,” Golledge explained.

The study shows that current climate change policies put in place by the Paris Agreement must be altered to prepare for the future ahead.