Memorial will be held to raise awareness of the death of a famous glacier • Earth.com 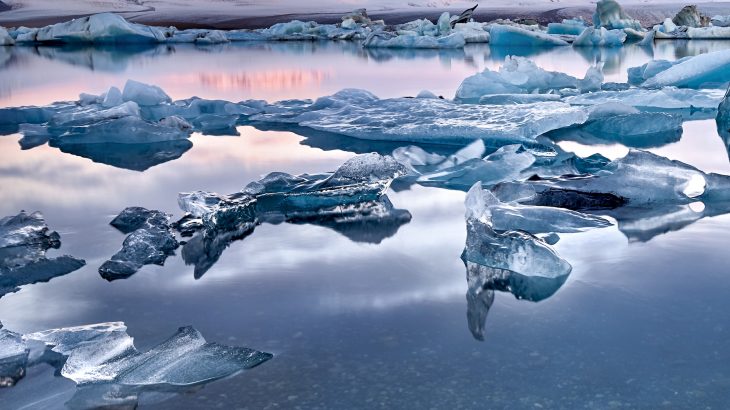 Iceland will host an official ceremony to commemorate the loss of its famous Okjökull Glacier, which is the first of many glacial casualties expected from global warming. The “Ok glacier” has now ceased all movement and has transitioned into what experts refer to as dead ice.

Even though Iceland’s largest glaciers are projected to expand in 2019 for the first time in 25 years, the shift is a few years too late for Ok, which lost its status as a glacier in 2014. By this time, the glacier had shrunk down to less than seven percent of its original 5.8 square miles.

Ok has now transformed into a mass of sediment and rocks known as moraine. The glacier will be memorialized on a plaque that is inscribed with “a letter to the future” composed by famous author Andri Snaer Magnason.

“Ok is the first Icelandic glacier to lose its status as a glacier. In the next 200 years, all our glaciers are expected to follow the same path. This monument is to acknowledge that we know what is happening and what needs to be done. Only you know if we did it,” Magnason wrote in the tribute.

The glacier was the subject of the 2018 documentary “Not Ok,” produced by Cymene Howe and Dominic Boyer of Rice University in Houston. The film shares the story of Ok, as well as the likely fate of the rest of Iceland’s glaciers.

“This will be the first monument to a glacier lost to climate change anywhere in the world,” said Howe. “By marking Ok’s passing, we hope to draw attention to what is being lost as Earth’s glaciers expire. These bodies of ice are the largest freshwater reserves on the planet and frozen within them are histories of the atmosphere. They are also often important cultural forms that are full of significance.”

On August 18, memorial attendees will be led on an “Un-glacier tour” by the Rice University anthropologists to the site of the former Okjökull glacier in Borgarfjörður, Iceland. The plaque, which will be permanently placed at the site, notes that the current amount of carbon dioxide in the atmosphere is 415 parts per million.

“One of our Icelandic colleagues put it very wisely when he said, ‘Memorials are not for the dead; they are for the living,’” said Howe. “With this memorial, we want to underscore that it is up to us, the living, to collectively respond to the rapid loss of glaciers and the ongoing impacts of climate change.”