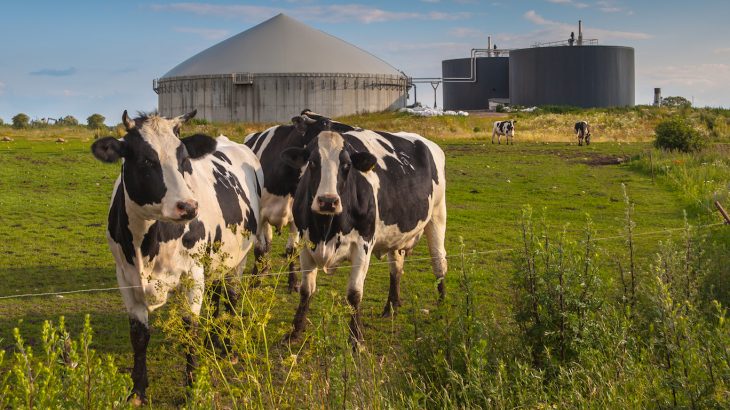 Numerous climate studies have shown how increases in CO2 emissions caused by human activities play a significant role in climate change. When working on solutions to help reduce CO2 emissions, one potential method involves planting more trees and plants to take in more CO2 which will then be converted to oxygen.

Recent studies have focused on potential solutions like increasing tree cover to mitigate climate change… but what about other potent greenhouse gasses? Are there natural safeguards that we can turn to help decrease methane (CH4) or ozone?

The answer is yes.

Some strains of bacteria in the soil take in methane and convert it into oxygen. These bacteria are called methane-oxidizing bacteria, and they are the only known “biological sink” for trapping and storing methane.

Now for the first time, researchers from the University of Vienna and the Arctic University of Norway have analyzed bacteria cultures and discovered the underlying mechanisms that drive this mysterious and vulnerable methane-eating microbe.

A study describing the bacteria Methylocapsa Gorgana was published in the journal Proceedings of the National Academy of Sciences.

The bacteria could help reduce atmospheric methane emissions by trapping methane in the soil before it makes its way to the atmosphere. Methane is a particularly potent greenhouse gas and has much more warming potential than carbon dioxide.

The first methane-oxidizing bacteria were discovered in 1906, but it wasn’t until recently that researchers were able to study these microbes in detail.

In this study, the researchers found that the bacteria can survive on just small amounts of methane but could potentially feed on carbon dioxide, carbon monoxide, and nitrogen as well.

To help enhance the methane-eating potential of the bacteria, the researchers recommend genetically modifying the bacteria to take in more methane and other greenhouse gasses.

The researchers do warn that the bacteria is extremely fragile and vulnerable to disruptions in the soil from agriculture and development.

“The isolation and characterization of a member of these recalcitrant organisms have direct implications for our understanding of the biological sink of atmospheric CH4 and how atmospheric trace gases support life on our and possibly other planets,” the researchers conclude in their study.