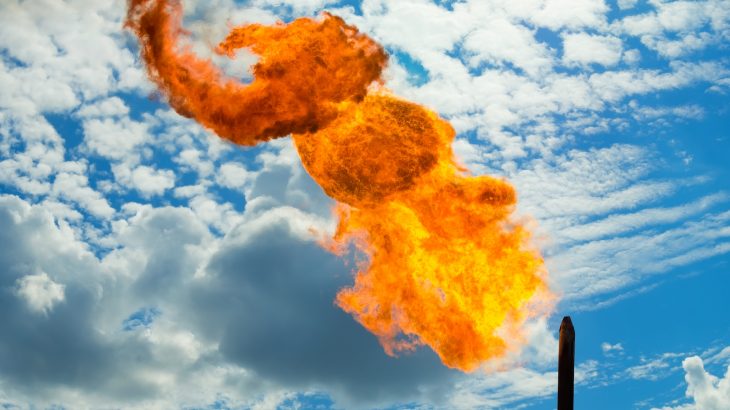 The Trump administration is planning to loosen restrictions on methane emissions, yet another in a series of rollbacks aimed at deregulating environmental protections.

Under the new proposal, oil and gas companies would no longer be federally required to install technology that specifically inspects and fixes methane leaks, according to the New York Times.

Volatile organic compounds would stay regulated and help curb some methane emissions, but methane itself would not be federally regulated.

Methane is much more potent than CO2 even though it doesn’t accumulate or remain in the atmosphere in the same way as other greenhouse gasses.

According to the Environmental Protection Agency, carbon dioxide made up 82 percent of US greenhouse gas emissions while methane made up ten percent of total emissions.

“This is extraordinarily harmful,” Rachel Kyte, the United Nations special representative on sustainable energy, told the New York Times. “Just at a time when the federal government’s job should be to help localities and states move faster toward cleaner energy and a cleaner economy, just at that moment when speed and scale is what’s at stake, the government is walking off the field.”

The American Petroleum Institute supports the new rollbacks and smaller oil and gas companies concerned about the cost of inspecting for methane leaks are happy that the Administration has listened to their complaints.

Surprisingly, although the rollback would loosen restrictions, several big-name energy companies are opposed to the idea.

Last year, Exxon asked that the EPA uphold emissions regulations put in place by the Obama Administration and even regulate future methane emissions.

The President of BP America, Susan Dio, wrote an op-ed piece earlier this year urging for methane regulations to ensure that natural gas initiatives are not hindered.

Electricity from natural gas produces fewer carbon emissions than coal but if methane leaks are not regulated, it could ruin natural gas’s reputation of being a cleaner energy source.

Before the ruling is approved, the proposal will be subject to public review before being finalized.