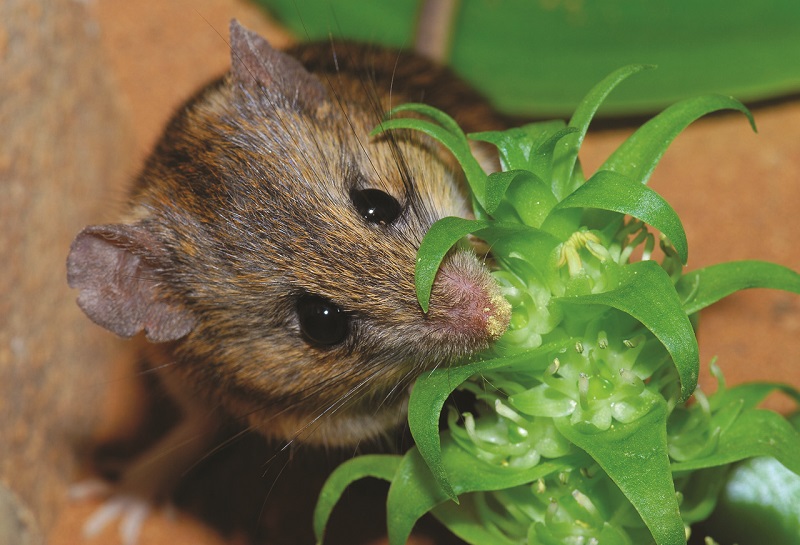 It turns out that bees aren’t the only crucial players when it comes to plant pollination, as several different vertebrates are also an important part of the process.

Mice, birds, bats, and lemurs are all pollinators, and some have even developed complex relationships with certain plants aiding in reproduction.

The findings were published in the Ecological Society of America’s journal Frontiers in Ecology and the Environment.

With plants that have help from pollinating vertebrates, fruit and seed production drops 63 percent when only insects are allowed access to the plant.

The researchers reviewed 126 similar exclusion experiments and studies that dealt with vertebrate pollination.

According to the research, vertebrates provide certain benefits and services that honeybees and insect vertebrates simply can’t.

Bat exclusion experiments showed a loss of fruit production by 83 percent, which means that bats are important to many plants’ reproductive cycles.

Bats are known to pollinate 528 plant species around the world, and some plants like the blue agave rely on greater and lesser long-nosed bats exclusively for transporting pollen.

Birds are also big pollinators, with over 920 bird species responsible for pollinating 5 percent of plant species in most regions. On islands that number can be as high as 10 percent. Even lizards can be pollinators in some parts of the world.

Tropical areas also had a higher percent loss in fruit and seed production when vertebrates were purposefully kept away from plants.

The researchers say that the reason for the higher dependence on vertebrates in tropical areas has to do with more specialized codependent relationships, like the ones between bats and the agave plant.

The researchers note that their findings should be used when examining management and conservation efforts in order to protect pollinators. If vertebrate pollinators suffer major population declines, as previous research has shown, so will key pollen-producing plants.