Microfibers shed from your clothing are polluting our oceans • Earth.com 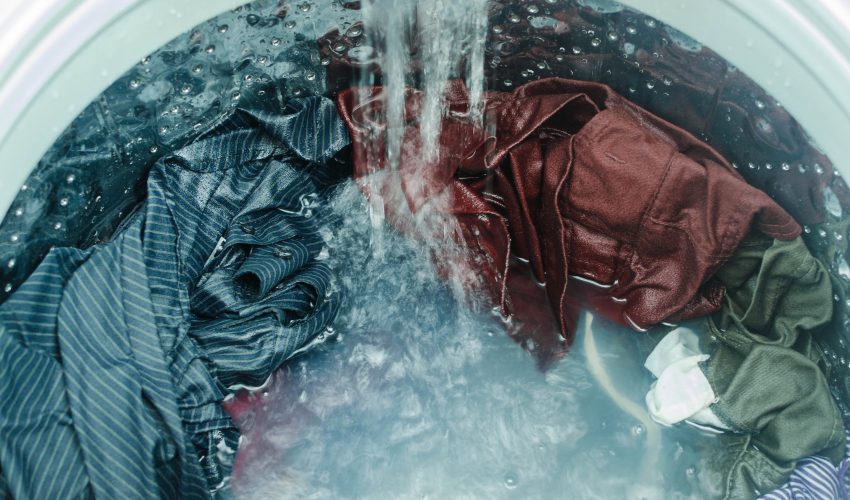 Microfibers shed from your clothing are polluting our oceans

For years, Americans were in love with plastic, unaware of its harmful effects on our environment and oceans. Today, plastic straws are rapidly being rejected by companies, people are opting out of single-use plastics, and microplastic is becoming a household word of concern. Microfibers have largely been left out of this conversation, despite the fact that we are shedding them into our waterways every time we wash our clothes.

According to the Marine Debris Program at the National Oceanic and Atmospheric Administration, microfibers are “also a type of microplastic. They include small fibers that enter the water from washing clothing made of synthetic materials, like polyester or nylon.”

These tiny fibers can become dislodged from clothing while in the washing machine. Their small size often allows them the make it through filters at sewage treatment plants where they can enter our waterways. Unfortunately, spandex did not die in the 80s, and many clothing items available today are made with synthetic materials.

A study by a research team at the University of California Santa Barbara Bren School of Environmental Science & Management found that when a synthetic jacket is washed, an average of 1,174 milligrams of microfibers are released from the washing machine.

Since washing clothing is such a common occurrence throughout many homes, the potential damage are huge. The Microplastics Initiative of Adventure Scientists conducted what is believed to be the most extensive documentation of microplastic pollution in the world. They found that “across studies, microfibers, as opposed to other types of microplastics, were dominant: microfibers composed 91% of marine particles, 92% of freshwater particles, and 80% of Gallatin particles.”

Once in our oceans, marine animals can accidentally ingest the microfibers where they can cause starvation and reproductive issues.

A study published in Marine Pollution Bulletin examining microplastics in the gastrointestinal tract of fish from the English Channel found rayon was the most common material with 57.8% of the plastic pieces found being rayon.

After being ingested, microfibers can travel up the food chain. Humans and predator species are at risk of ingesting microfibers through eating affected animals. The effects of microfibers on humans is still unknown.

Microfibers are clearly a pressing issue but the solution is less clear. While people can invest in biodegradable clothing materials such as cotton and wool, synthetic fibers are hard to avoid completely.

Industry and non-profit groups are working towards researching potential solutions. In 2017, Ocean Conservancy and the Bren School of Environmental Science & Management held a microfiber summit which featured stakeholders in the apparel, outdoor recreation, scientific and government sectors.

Outdoor apparel company Patagonia is currently investigating ways to minimize fiber shedding from their clothes and is supporting scientific research on the ecological and public health impacts of microfibers.

While a solution may not be on the horizon, public education and awareness can help shed some light on this issue.