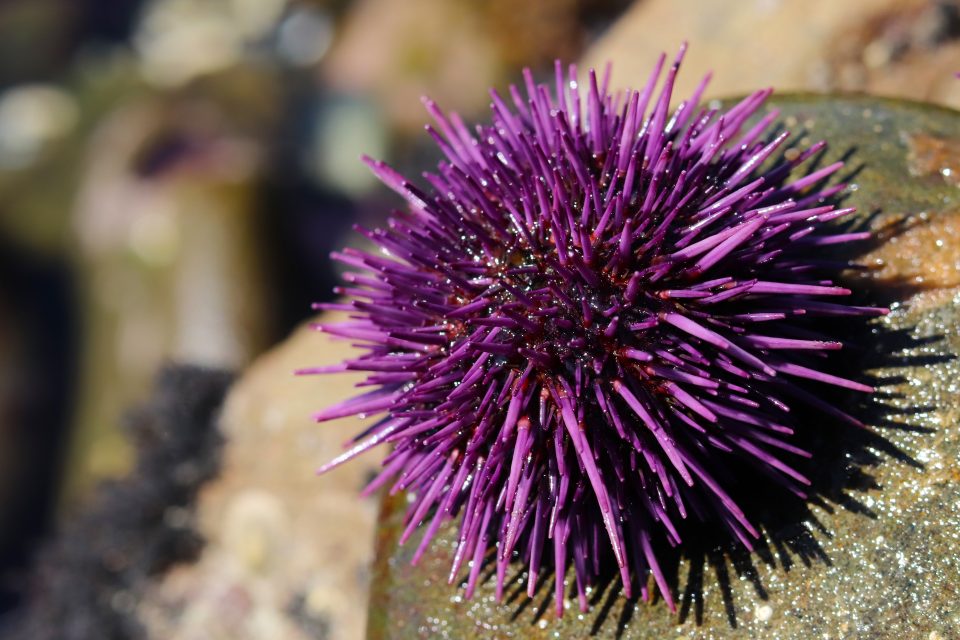 Plastic chemicals released into the ocean cause deformities in sea urchin embryos, according to a new study from the University of Exeter. Exposure to water polluted by microplastics led to a variety of abnormalities among developing sea urchins, including deformed skeletons and nervous systems.

To investigate the potential effects of plastic contaminants on sea urchins, the Exeter team soaked various types of plastic in seawater,  removed the plastic, and then raised sea urchin embryos in the water.

The study showed that the abnormalities were caused by chemicals in the plastics that had leached out into the water, rather than by the plastics themselves. While the plastic-to-water ratio modeled in the experiment would only be found in severely polluted places, the findings raise new questions about the broader impacts of plastic contaminants on marine life.

“We are learning more and more about how ingesting plastic affects marine animals,” said study lead author Flora Rendell-Bhatti. “However, little is known about the effects of exposure to chemicals that leach into the water from plastic particles.”

“This study provides evidence that contamination of the marine environment with plastic could have direct implications for the development of larvae, with potential impacts on wider ecosystems.”

“Our work contributes to the growing evidence that we all need to help reduce the amount of plastic contamination released into our natural environment, to ensure healthy and productive ecosystems for future generations.”

Study co-author Dr. Eva Jimenez-Guri pointed out that many plastics are treated with chemicals for a variety of purposes, such as making them mouldable or flame retardant.

“If such plastics find their way to the oceans, these chemicals can leach out into the water,” explained Dr. Jimenez-Guri. “Plastics can also pick up and transport chemicals and other environmental contaminants, potentially spreading them through the oceans.”

To contaminate the experimental water, the researchers used industrial samples called nurdles, or pellets from which most plastics are made. They also used environmental samples – beach pellets collected from a beach in the UK. Each type of plastic was soaked in the seawater for 72 hours before it was removed.

When the experts analyzed the water, all of their samples contained chemicals known to be detrimental to development of animals, including polycyclic aromatic hydrocarbons and polychlorinated biphenyls.

“Our results show that beached and industrial plastic particles can leach persistent organic pollutant (PAHs and PCBs) into seawater, and that sea urchin embryos in these waters will develop abnormally, probably resulting in non-viable larvae,” wrote the study authors.

“Our findings demonstrate that such chemicals leach from plastic particles in the environment, even if at small concentrations, and that these produce strong developmental abnormalities in sea urchins, and point to clear and specific detrimental effects of plastic pollution on animal development.”

The researchers also believe that other potentially toxic chemicals, such as phthalates and metals, have a role in the developmental abnormalities observed in the sea urchins. “A non-target analysis for a wider range of organic compounds, as well as analysis of metals released into the water, would shed light on the key toxicants released.”