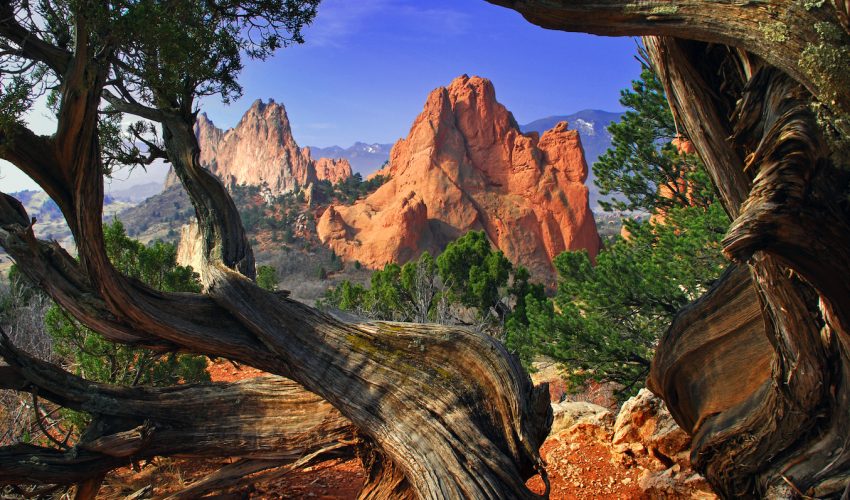 Microscopic organisms in the driest places

Water in the desert: the secret that holds a delicate net of life in its grasp.

According to the definition of the USGS, Piñon-Juniper ecosystems are not technically deserts but at 10-15 inches of rain annually, they are quite dry, and locals commonly refer to it as a desert.

When I was studying Biology in college, I would go hiking in the arid piñon-juniper woodlands of the Colorado plateau.  On these hikes I collected bits of dry moss gathered on rocks here and there.

Back in the lab, I put the moss I put the moss into petri dishes with a little distilled water and let it sit overnight.  Under a microscope, the change was amazing.  What seemed like a dead piece of plant became a forest teeming with microscopic wild life.

Rotifers; nightmare creatures in miniature beat the cilia of their wheel like heads, pulling unwary prey into jaws that mash like a beating heart.  The cilia actually create a vortex in the surrounding water, pulling food into their mouths like a whirlpool.  The rotifer ‘jaws’ (called trophi) are almost continuously moving to crush food particles.  The whole body of the rotifers telescope, making the animal seem larger or smaller depending on how stretched it is.  Rotifers are a group, making up phylum Rotifera, consisting of about 1750 species in three separate classes.  Rotifers are found almost anywhere there is a bit of water and even can remain dormant in the desert, clinging to dry moss as I found them.

Nematodes were also found in the moss, elegant, round worms related to hookworms, the nematodae I found were mostly harmless.  There are 25,000 species of nematode described with estimates as high as 40,000 species existing worldwide.  The nematodes move like eels through the water.  These tiny creatures are found everywhere from soil to water all over the world.  Nematodes (along with other microbes) are important in the breakdown of waste and recycling of nutrients vital to plant and animal life.

The creature I was looking for under the microscope, the object of my research was the legendary water bear of the phylum Tardigrada.  Eight-legged Tardigrades lumber through the scene of microscopic forest moving much like their namesake: bears.  Most tardigrades eat plants or bacteria but some prey upon smaller species of tardigrade.

Much has been made of the toughness of tardigrades and for good reason.  Water bears have the ability to enter a dormant ‘tun’ state in which they appear dead and can remain for years.  Tardigrades found in moss that was dried out for museum collections over 120 years old have claimed to be revived with added water.  Tardigrades have been blasted into space on satellites and many of them survived, some females even laying eggs that hatched healthy young.  Tardigrades were put into liquid air at -200 °C for 21 months and sprang back to life with added water at normal temperatures.  The lowest recorded natural temperature on earth was -89.2 °C for context.  In fact water bears can survive almost absolute zero and have also been boiled in alcohol.

As long as a tardigrade is in its tun state, there is very little these tiny creatures can’t survive.  The amazing thing about tardigrades is the bizarreness of something that’s nearly everywhere.  Just like all the strange creatures I saw under the microscope, you’ve drank a water bear or two in your life, swam with them, had them stick to your skin, without ever being aware.

Water bears, rotifers and nematodes along with whole hosts of other microscopic or near microscopic (you can just barely see some of these with the naked eye but they’re really never noticed) have a strange similarity.  There is little pigment in the outer membrane of these animals and the effect is of looking at what appears to be an illustrated animal.  Small organs, even food being consumed or digested can be seen within the animal with a microscope.  This is partly with the rotifers ever moving jaws are so eerie, they look like a beating heart within the body and you can watch food particles crushed within.  Watching microscopic creatures is disorienting, you’re introduced to a world omnipresent but never noticed, like stepping into another dimension.

The microscopic world all around us was so hard to accept at its discovery that van Leeuwenhoek, the Dutch microscope builder and first to describe microscopic ‘animalcules’ as he called them was widely mocked.  Anthony van Leeuwenhoek was a tradesman that originally used microscopes to study the structure of textiles and accidentally found his animalcules swimming in rain water.  A letter he sent to the British Royal Society was responded to quite rudely with utter disregard to the gravity of his discovery:

“Your letter of October 10th has been received here with amusement. Your account of myriad ‘little animals’ seen swimming in rainwater, with the aid of your so-called ‘microscope’ caused the members of the society considerable merriment when read at our most recent meeting. However, a vote having been taken among the members (accompanied, I regret to inform you, by considerable giggling) it has been decided not to publish your communication in the Proceedings of this esteemed society. However, all here wish your ‘little animals’ health, prodigality and good husbandry by their ingenious ‘discoverer’ “

In the long run of course, Leeuwenhoek has been vindicated and the world of miniscule creatures around us is known to far surpass the world of visible organisms in sheer numbers, as well as being some of the first organisms on earth and their ability to live everywhere.