The 10 largest deserts in the world • Earth.com 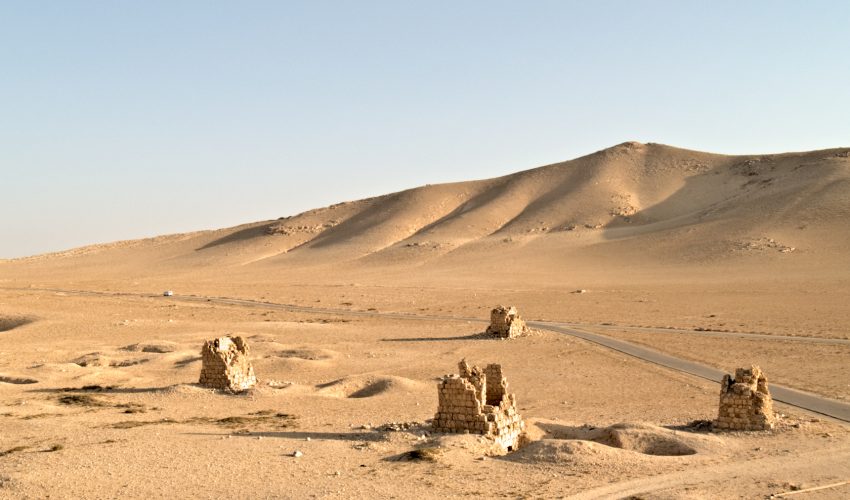 The 10 largest deserts in the world

Most of us tend to think of deserts as hot and sandy landscapes. But a desert is actually any land region that receives less than 10 inches (250 millimeters) of precipitation a year. Such low levels of rain, snow, mist, or fog lead to hostile living conditions for plants and animals. These barren landscapes can be subtropical–with hot summers and cool to mild winters, or polar, characterized by cool summers and very cold winters. Earth.com has assembled the 1o largest deserts in the world.

This cold winter desert is the largest in the United States. It lies between the Rocky Mountains to the east, the Sierra Nevada range to the west, and the Sonoran and Mojave deserts to the south.

This subtropical desert covers parts of Syria, Jordan, Iraq and Saudi Arabia in Western Asia. The primarily flat rocky landscape was created by the lava flows of volcanic eruptions.

This cold winter desert runs through Argentina but extends into parts of Chile. It is a relatively windy desert with the Atlantic Ocean to the east and the Andes Mountains to the west.

This subtropical desert is the largest in Australia. It extends from the Gawler Ranges of South Australia to the Eastern Goldfields region in Western Australia and experiences about 15 to 20 thunderstorms a year.

This subtropical savanna in southern Africa extends from Angola, Botswana, and Namibia into South Africa. It is covered with red sand.

This cold winter desert runs from the northwestern and northern regions of China down to the south of Mongolia. It doesn’t get much rain since the Himalayas block the rain clouds from the Indian Ocean, resulting in a rocky topography rather than a sandy one.

This subtropical desert in western Asia covers territories in Yemen, the Persian Gulf, Oman, Jordan, and Iraq. The largest continuous body of sand in the world–referred to as the “Empty Quarter”–lies at its center. It gets very little rain.

The largest ‘hot desert’ on earth occupies most of North Africa, reaching into territories of Algeria, Chad, Egypt, Eritrea, Libya, Mali, Mauritania, Morocco, Niger, Sudan, Tunisia, and Western Sahara. It is primarily comprised of large rocky stretches of land covered with sand dunes. The central area is “hyper-arid” and no vegetation grows there due to the fact that it gets no precipitation.

This cold winter desert reaches into Alaska, Canada, Greenland, Iceland, Norway, Russia, Sweden, and Finland. The icy region is particularly vulnerable to the effects of climate change. As global warming continues to shrink the Arctic ice cover, global weather patterns are expected to be affected.

The most extreme–driest, windiest, coldest, and with the highest average elevation–continent on earth is located at the South Pole. About 98% of the fifth largest continent on the planet is covered by ice. It is also the last region to be colonized by humans, with only about 1,100 people (mostly in research stations) living on the entire continent today.