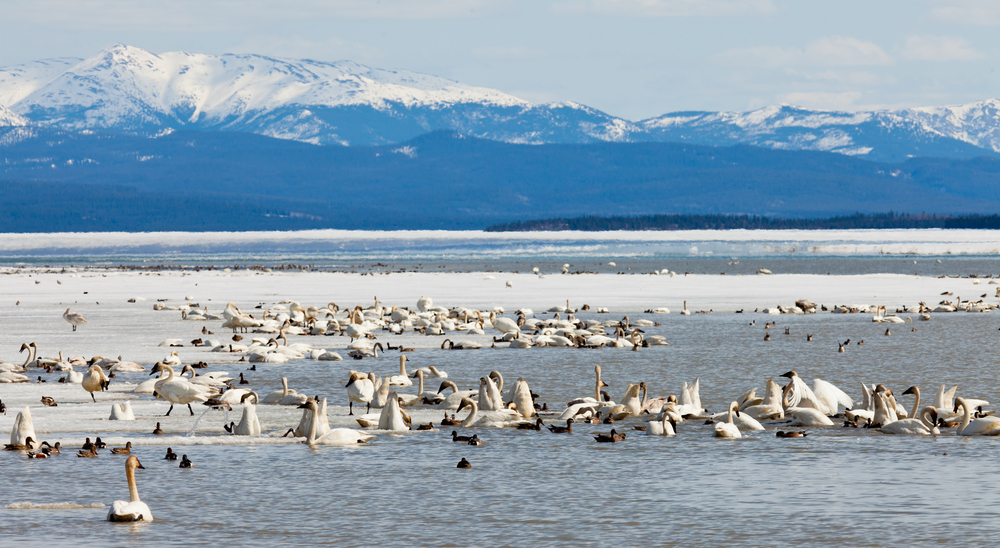 The study was led by Dr. Ian Cleasby of the Centre for Ecology and Conservation. The report, titled “Climatic conditions produce contrasting influences on demographic traits in a long distance Arctic migrant,” was published in the Journal of Animal Ecology.

According to the study, warming temperatures in northern breeding grounds allow for migratory geese to produce greater numbers of offspring. But along with higher breeding rates comes an increased death rate amongst mother geese. Because mothers have to exert extra energy to lay more eggs and thus spend more time in their nest, they become much more susceptible to predators . In contrast, colder years prompt lower birth rates, leading mother geese to leave their nests much sooner.

“We tend to think of climate change as being all one way, but here we’ve got a population being affected in conflicting ways,” said Dr. Cleasby. “This population is sensitive to changes in adult survival, so the increased breeding may not be enough to offset the loss of more adult females. Research like this is important because we have to understand how animal populations will respond to the changing climate if we want to make decisions about protecting biodiversity.”

Professor Stuart Bearhop, co-author of the study, added, “Migratory species are likely to be particularly sensitive to climatic conditions, and in this case better breeding conditions appear to put the mother geese at risk. They nest on the ground and tend to sit tight and rely on camouflage when predators come near, so better breeding conditions mean more mothers sitting on nests and therefore at risk. Breeding also takes a lot of energy, and delaying departure from the Arctic to wait for offspring to be ready to fly could make the journey south more dangerous.”