Million-year-old tooth is the earliest evidence of hippos in the UK • Earth.com 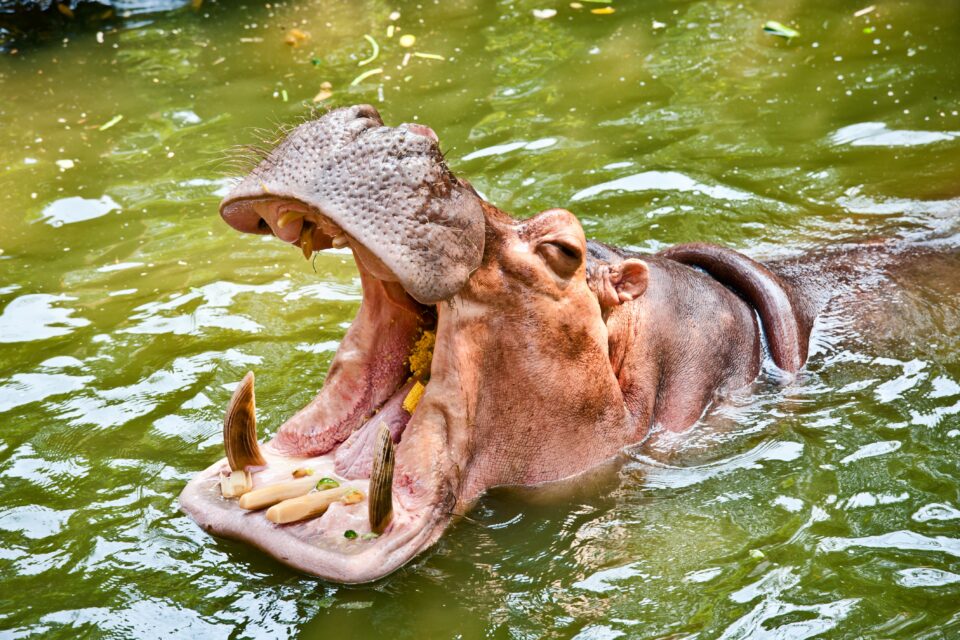 The discovery of a million-year-old tooth is the earliest evidence to date of giant hippos in the UK. In a new study, scientists have matched the tooth to an extinct species of hippo called Hippopotamus antiquus. The massive animals, which weighed around three tons, ranged across Europe in warm periods during the Ice Age.

The tooth was uncovered during excavations at Westbury Cave in Somerset, led by Neil Adams, a PhD researcher in the Centre for Palaeobiology Research at the University of Leicester. The researchers found that the fossil is over one million years old. This beats the previous record of the oldest hippo in the UK by at least 300,000 years.

“It was very exciting to come across a hippo tooth during our recent excavations at Westbury Cave. It is not only the first record of hippo from the site, but also the first known hippo fossil from any site in Britain older than 750,000 years,” said Adams.

“Erosion caused by the coming and going of ice sheets, as well as the gradual uplift of the land, has removed large parts of the deposits of this age in Britain. Our comparisons with sites across Europe show that Westbury Cave is an important exception and the new hippo dates to a previously unrecognized warm period in the British fossil record.”

There is a major gap in the fossil record in Britain between about 1.8 and 0.8 million years ago – a time when early humans were arriving in Europe. The new study suggests that there were periods of time that were warm and wet enough to allow hippos to migrate all the way from the Mediterranean to southern England.

“Hippos are not only fabulous animals to find but they also reveal evidence about past climates. Many megafaunal species (those over a tonne in weight) are quite broadly tolerant of temperature fluctuations but in contrast, we know modern hippos cannot cope with seasonally frozen water bodies,” explained study co-author Professor Danielle Schreve of Royal Holloway.

According to the study, the Westbury Cave hippo was likely to have lived during a particularly warm period around 1.1 to 1.0 million years ago.

The study is published in the Journal of Quaternary Science.