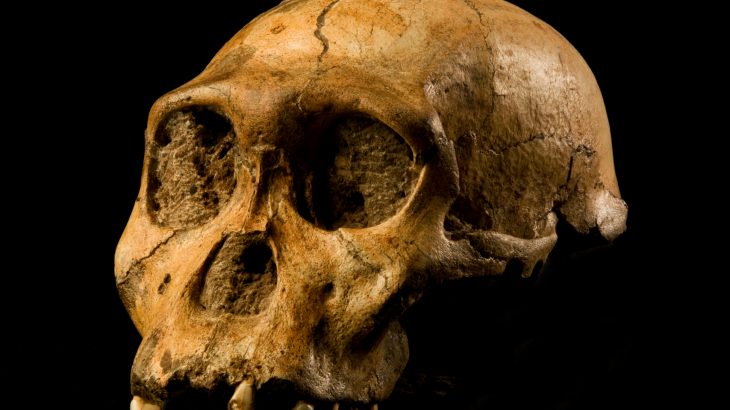 In a new breakthrough, scientists have confirmed a key “missing link” in the human family tree that helps explain the evolution of upright apes into early humans.

The findings put an end to a decade-long debate and confirm that early humans were in fact still swinging from trees less than 2 million years ago.

Scientists identified the new “family tree member” Australopithecus sediba using fossils that were actually found 10 years ago at a site in Malapa, South Africa, known as the “Cradle of Humankind.” But until now, it had not been clear whether or not the fossils belonged to an already known species.

“The anatomies we are seeing in Australopithecus sediba are forcing us to reassess the pathway by which we became human,” said Jeremy DeSilva, associate professor of anthropology at Dartmouth College and co-author of the study.

“Our findings challenge a traditional, linear view of evolution. It was once thought that a fossil species a million years younger than Lucy would surely look more human-like,” De Silva explained.

“For some anatomies of Australopithecus sediba, like the knee, that is true. But, for others, like the foot, it is not. Instead, what we’re witnessing here are parallel lineages, illustrating how different hominin experiments were unfolding early in our complex evolutionary history.”

Some researchers had argued that the fossils were actually more than one species due to varying sizes and shapes of vertebrae.

But according to co-author Scott Williams of New York University, “the differences in these vertebrae can simply be attributed to their developmental age differences: the juvenile individual’s vertebrae have not yet completed growth, whereas the adult’s vertebra growth is complete.”

The research was published in the journal PaleoAnthropology.