Mission Blue urges us to protect our oceans like we protect our national parks • Earth.com 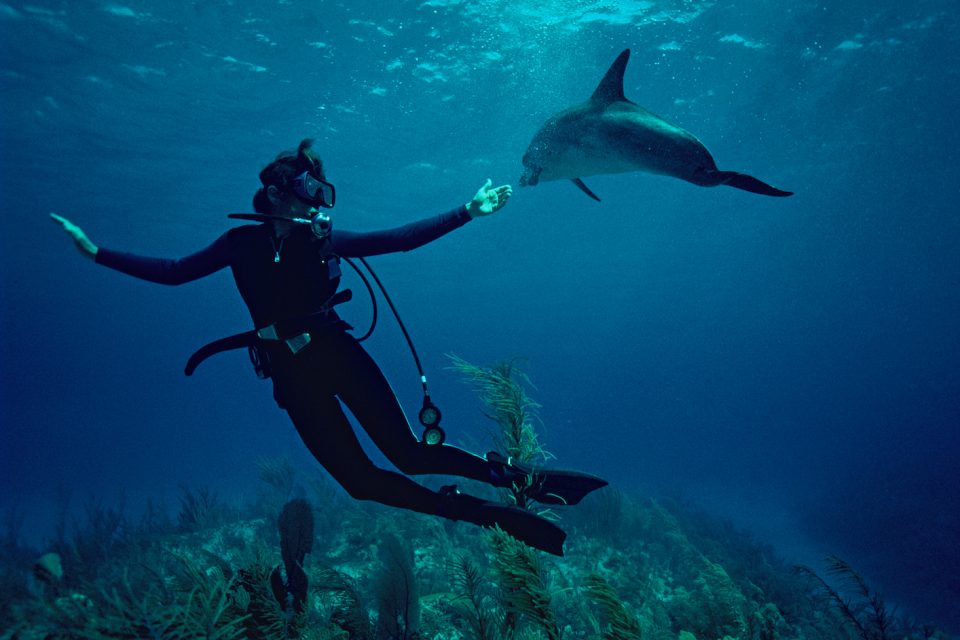 From mass coral bleaching events, overfishing tuna and sharks to near extinction, and using the Gulf of Mexico as America’s dumping ground for fertilizer runoff, there is nothing pretty about the state of the oceans today.

Mission Blue, the 2014 Netflix documentary directed by Fisher Stevens and Robert Nixon, tells the story of our endangered oceans through the eyes of world-renowned oceanography and explorer Dr. Sylvia Earle.

The documentary takes us through Dr. Earle’s life as she grew up in Florida and fell in love with the ocean, particularly the mysteries that waited beneath the waves.

For Dr. Earle, there was no “aha” moment. She always knew that whatever she did with her life, it would involve exploring and studying the oceans. After graduating from Florida State University where she majored in botany and learned to scuba dive for the first time, she went on to get her masters at Duke University.

Dr. Earle’s specialty during her studies was seaweed, and for her Ph.D. dissertation, she collected thousands of algae samples. In Mission Blue, Sylvia shows the audience a quick glimpse through her massive seaweed collection housed at the Smithsonian Museum.

The way Dr. Earle’s face lights up just looking at her sketched and preserved samples of seaweed it’s clear to the audience that oceanography and ocean conservation is more than simply a career, it’s a passion, a drive, and a mission.

She was one of the first and foremost oceanographers of her time, chosen as the only woman for a 1964 expedition to explore the Indian Ocean.

Dr. Earle also traveled over 1,000 feet below the surface off the coast of Hawaii in a suit meant to withstand high-pressures and make it possible to conduct deep dives without needing to spend time in a decompression chamber.

Dr. Earle went on to design her own submersibles and helped work on the Deep Sea Challenger, the submersible that James Cameron used to dive to the deepest point in the Marianas Trench.

James Cameron makes an appearance in the documentary and highlights Dr. Earle’s tenacity and determination.

The oceans that Dr. Earle explored during the 60s and 70s were very different from the oceans of today.

During the documentary, Dr. Earle does not shy away from humanity’s role in the ocean’s sorry state. On more than one occasion, Sylvia discusses how 30 to 50 years ago, it was thought that the oceans were impervious to anything and everything you could dump in them or take out.

While we know now this is not true, overfishing, pollution, oil drilling, and fertilizer runoff are still rampant.

The documentary covers the Gulf of Mexico dead zone, a growing area of nutrient-rich waters where oxygen is so low, most marine life cannot survive.

Statistics comparing the 60s and 70s to today are scattered throughout the documentary.

One fact states that in 2014, there were more than 33,000 drill sites in the Gulf of Mexico. The Deepwater Horizon oil spill, one of the worst in history, occurred in 2010.

Other statistics look at the dangers of overfishing with fisheries that are bringing bluefin tuna, sharks, and cod to the brink of extinction. Shark populations have been reduced to ten percent of their numbers through fishing and habitat degradation. For tuna, that number is even less with the once abundant species now reduced to five percent of its former population.

Mission Blue shows that we have neglected our oceans through rampant overfishing, poorly regulated fishing and shipping vessels, and pollution.

During a 2018 United Nations Conference, it was revealed that only 5.7 percent of the ocean is protected. A study conducted by researchers from the National Geographic Society and the University of Oregon claimed that number was overstated.

In fact, the study states that 3.6 percent of the ocean is designated as a Marine Protected Area, and two percent are located in fully protected or strongly protected areas.

Mission Blue’s goal, along with the International Union for Conservation, has called for 30 percent of the ocean to be protected by 2030.

Considering we have yet to see 10 percent of the ocean protected, 30 percent by 2030 will require conservation and regulations to be made a top priority among all the world’s nations.

It is hard not to be drawn in by the beautiful imagery and pure delight and passion of Dr. Earle.

As much as Mission Blue is a documentary about our polluted and dying oceans, it is also about never losing hope that it can be saved and never forgetting the wonder and awe it can inspire.