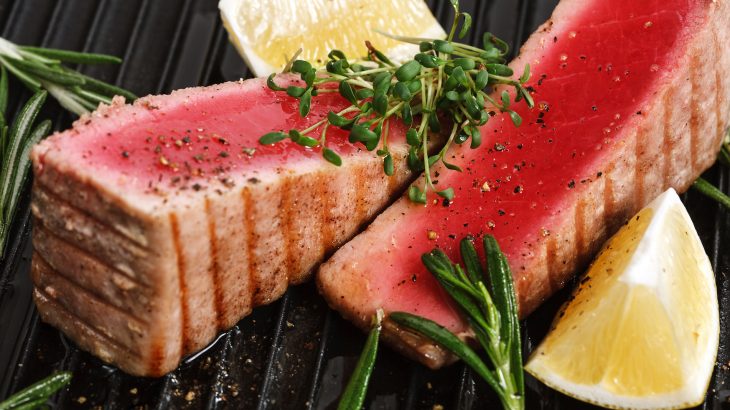 Record payment for tuna highlights decline of ocean fish. Once I travelled to Jamaica as part of a team making a documentary film about over fishing in that country. The Jamaican Observer reported in 2017 that fisheries throughout the Caribbean are threatened by overfishing and decline of the reefs that fish depend on. A report from the IUCN from 2017 showed that of 2,800 marine species surveyed 11% were threatened with extinction.  It’s easy to see this problem as one that can be changed by local governments of countries operating in relatively small patches of ocean.

Unfortunately, things aren’t that simple.  Unlike islands, the Earth’s oceans are connected to each other in a global system.  The Jamaican fishermen I witnessed shirtless, gutting fish on beaches next to modest boats, blamed international fleets and pollution from large hotels for the decline in their fish numbers.  Those fishermen are of course also a part of the problem but they remain relatively powerless to confront the problem alone without international changes. In a horrible way, the poverty of hard-working Jamaican fishermen is connected directly to riches being made on tuna sales in Japan.

The Japan Times reports that a ‘sushi entrepreneur’ recently paid a record ¥333.6 million (roughly $3 million US) for a tuna weighing about 612 pounds.  Kiyoshi Kimura, the man who won the bid for the fish, is the owner of a sushi restaurant. CNBC reports the Kimura paid twice what he paid for a similar fish six years ago.  The rising price is directly connected to the increasing rarity of tuna, especially of this size. Record payment for tuna highlights decline of ocean fish

The fish was an endangered bluefin tuna. According to NPR, the bluefin population was just 2.6% of historic numbers in 2017, that’s a population drop of more than 97%.  Mexico, Japan, Korea and the U.S. have all exceeded tuna quotas within recent years. Mercury News reports that Japan owns a lion’s share of the blame though.  80% of bluefin tuna caught worldwide are consumed by Japan. In fact, Japan has been known in recent years to fish over a bluefin quota created by international consensus, as reported by The Guardian.

The heart of the problem seems to be something like the classical environmental conundrum, the tragedy of the commons.  When there is a financial incentive to take more than your portion of a shared resource, often people or groups of people overuse that shared resource.  In this case, the ocean’s fish are being depleted at an alarming rate because of every nation’s failure to fish at a sustainable rate and everyone loses.  In Japan, fisheries workers who ignore the restrictions on fish caught go largely unpunished, instead profiting from (illegal) fish sales. Other fisheries are following the same pattern of iniquitous overfishing.

Japan has recently clashed with China over that country’s overexploitation of marine fishes.  Nikkei Asian Review reports that China blocked limits on catching Pacific Saury proposed by Japan at a meeting of the North Pacific Fisheries Commission (NPFC) last year.  Pacific Saury is one of the most popular fish in China and lives off the coasts of Japan, Russia, China and international waters in the Pacific throughout its life cycle.  The saury population is in steep decline with the NPFC reporting 266,000 tons of the fish caught in 2017, the lowest catch since 2000. Many blame the low numbers on overfishing, but China argued that the data to support overfishing as the cause of decline isn’t there.  This type of denial seems to be the norm for international overfishing, where each group of fishermen blames other fishing groups or other causes for the fish population crisis. The truth is overfishing both legally and illegally is incredibly common throughout the world’s oceans today.

Seafood Source reported last year on a Chinese fishing vessel captured for suspected illegal fishing by the U.S. Coast Guard.  This type of illegal fishing isn’t uncommon as fish populations drop and desperation among many fishermen increases.  The Guardian reported in June 2018 on a ‘dark fleet’, fishing vessels unmonitored and unregulated on the high seas across the world.  About two thirds of the high seas fishing, which is hard to monitor is carried out by only four countries, Japan, China, Taiwan and South Korea.  According to the New York Times, 90% of the world’s fisheries are already fully exploited or ready to collapse.  China is a leading cause of that problem too.

Chinese vessels travel as far afield as off the coast of Peru or West Africa where many fishermen head to sea in unmotorized dugout canoes and hand nets.  It’s fishermen like these as well as those in Jamaica and the world over that will suffer from mechanized overfishing by global fleets.

According to a paper in Frontiers in Marine Science, Chinese vessels cost several West African economies $2.3 billion a year.  That is a lot of money for groups of people many of which have no regular access to electricity or indoor plumbing, living on very little money by western standards.  Illegal fishing is estimated to account for the equivalent of 65% of legal, reported fishing in much of West Africa. Fishing is not only a major food source in western Africa but also supports approximately 7 million jobs.  Chinese and other international fishing vessels have literally been stealing food from Africa as well as threatening fish with extinction.

In September of last year, China Dialogue reported that the Chinese government seems to finally be hardening punishment for overfishing from vessels working far from China itself.  For the first time, the Chinese Department of Agriculture released a list of vessels penalized for overfishing in 2017. The list included a vessel that illegally fished in Ecuador’s Galapagos Marine Reserve, the hull of the ship contained endangered species including hammerhead sharks.  20 of the crewmen on the ship were sentenced to prison for 1 to 4 years. Some fishing vessels and captains were then blacklisted, banned from fishing by the Chinese Department of Agriculture.

The change in publishing stiff punishment and banning fishermen from working on Chinese vessels is encouraging.  If the world’s fish are to be saved, the whole world must be on board. Unfortunately, history shows a tendency by rich nations to rob the earth and the poor for short term gains.  Willingness in Japan to pay $3 million US for an endangered tuna but not forgo a food for the world’s future shows that we have a long way to go.