Model predicts the fate of plastic debris in the ocean • Earth.com 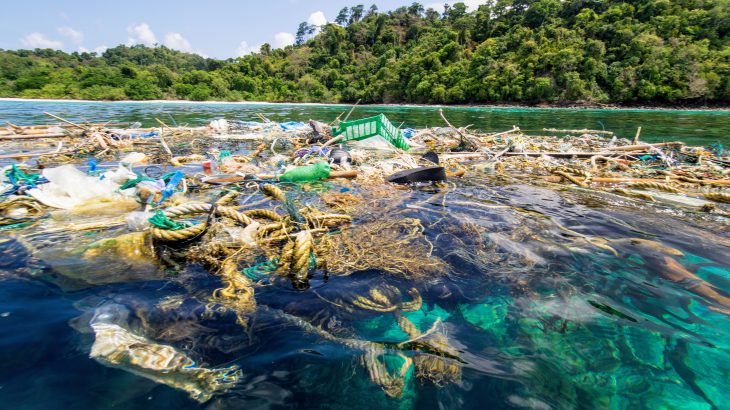 Model predicts the fate of plastic debris in the ocean

In a new study from the American Institute of Physics (AIP), scientists have developed a model that predicts the probability of plastic debris being transported from one part of the ocean to another. The research is shedding new light on how plastic debris makes its way into ocean garbage patches.

Every day, tons of plastic debris enters the ocean, and most of it accumulates in garbage patches that float on the surface of the ocean. The most well-known floating trash pile, the Great Pacific Garbage Patch, is estimated to weigh more than 88,000 tons. This is the equivalent of 500 jumbo jets.

The researchers set out to explore which pathways transport debris from the coastline to the middle of the ocean. They also wanted to gain a better understanding of subtropical gyres and how they influence the long-term accumulation of debris.

By analyzing historical trajectories of surface buoys, the AIP team developed a Markov chain model of the oceans’ surface dynamics.

“Surface debris is released from the coast and distributed according to their location’s share of the global land-based plastic waste entering the ocean,” said study co-author Philippe Miron.

“To observe the long-term distribution of floating debris, beached debris is reinjected into the system following the same distribution. We call this model ‘pollution aware,’ because it models the injection, dispersion, and recirculation of debris within the system.”

Based on the transition path theory, the researchers set out to identify debris pathways or transition paths connecting a source directly to a target. The team also investigated the connections between garbage patches to predict their ability to retain trash.

“In this work, we focus on pathways from the coast to the subtropical gyres, from one gyre to another, and from the gyres to the coast,” said Miron.

“We identified a high-probability transition channel connecting the Great Pacific Garbage Patch with the coasts of eastern Asia, which suggests an important source of plastic pollution there. And the weakness of the Indian Ocean gyre as a plastic debris trap is consistent with transition paths not converging within the gyre.”

The experts report that gyres, in general, are weakly connected or disconnected from each other.

“Indeed, in the event of anomalously intense winds, a subtropical gyre is more likely to export garbage toward the coastlines than into another gyre,” said Miron.

The researchers confirmed that the North Pacific subtropical gyre attracts the most debris, which has been previously documented. However, they also determined that debris accumulation in the South Pacific gyre  is longer lasting because there are fewer pathways for the garbage to escape and keep moving.

“Our results, including prospects for garbage patches yet to be directly or robustly observed, namely in the Gulf of Guinea and in the Bay of Bengal, have implications for ocean cleanup activities,” said Miron. “The reactive pollution routes we found provide targets – aside from the great garbage patches themselves – for those cleanup efforts.”

The study is published in the journal Chaos.