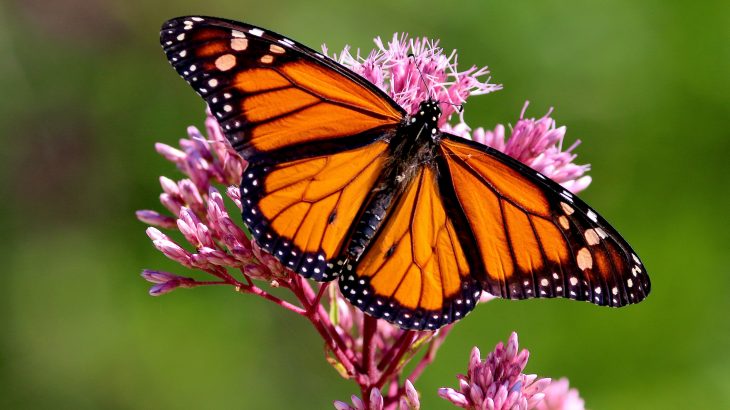 Monarch butterfly populations in North Central Florida have been declining since 1985, and have dropped by 80 percent since 2005.

Study co-author Jaret Daniels, an associate professor in the University of Florida‘s Department of Entomology and Nematology, said that this decrease can also be seen in the dwindling numbers of the monarchs in their overwintering grounds in Mexico.

“It’s alarming in a number of different ways,” said Professor Daniels. “This study shows the tight connection between monarchs and milkweed and highlights very dramatic losses in abundance in Florida that further confirm the monarch is declining.”

While the drivers of the decline are not clear, the researchers have found that shrinking milkweed populations and a rise in glyphosate use in the Midwest are contributing to the problem. Glyphosate is an herbicide often used to eliminate weeds that is deadly to milkweed – the monarchs’ host plant.

“A broad pattern is that 95 percent of corn and soybean products grown in the U.S. are Roundup Ready crops that resist glyphosate,” said Professor Williams. “That has a national impact. What’s really needed are patches of native vegetation and nectar sources without pesticides. It’s not just for monarchs but all pollinators.

In the longest localized study on monarchs to date, a research team examined milkweed plants for caterpillars and captured adult butterflies for 37 years – a time period that spanned more than 140 generations of monarchs. The study took place in an herbicide-free cattle pasture in Cross Creek, about 20 miles southeast of Gainesville.

The experts discovered that the springtime departure of monarchs from Mexico is timed to coincide with optimal growth of milkweed in the southeastern United States.

If monarchs get to their breeding grounds too early, their host plants may be killed by frost. To maximize their offspring’s chances of survival, the butterflies must time their arrival within a three-week window, said Professor Daniels. This is an incredible achievement for insects with life spans between six and eight weeks.

The study is published in the Journal of Natural History.