Moth wings have structures that help them avoid bats • Earth.com 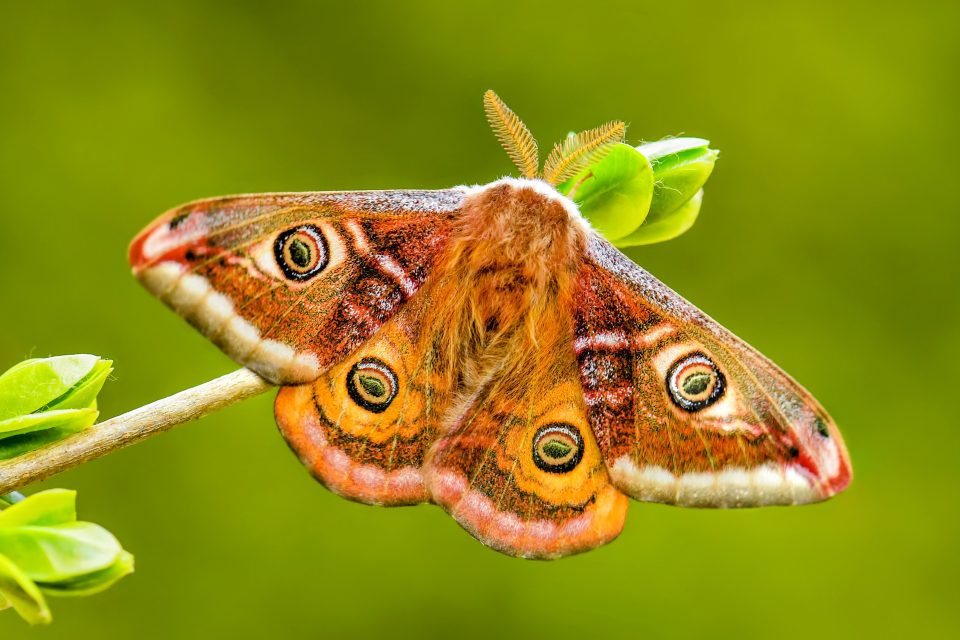 Moth wings have structures that help them avoid bats

Sound plays a major role in the battle between a predator and its prey, and moths have found a way to use acoustics to evade bats, according to a new study.

The experts report that some moths have developed a form of acoustic camouflage in the form of structures on their bodies and wings that can absorb ultrasound. This decreases the strength of a bat’s echolocation call that is used to detect nearby prey.

During the 180th Meeting of the Acoustical Society of America, Thomas Neil from the University of Bristol will discuss how moths have developed anti-bat defenses in their wings.

“The wings of a moth will produce strong echoes to a hunting bat owing to their large size,” said Neil. “As such, it is important the moth cloaks the wing with sound-absorbing material, so it matches the acoustic camouflage brought about by the fur on the body.”

“The only way to create the much thinner sound absorber allowed on the wings is by developing a resonant absorber, and we discovered moth wings have evolved this approach.”

According to the researchers, the scales covering moth wings allow as much as 70 percent of the sound hitting them to be absorbed. What is even more amazing is that the scales are individually tuned to different frequencies. Together, they create broadband absorption by acting as the first known acoustic metamaterial in nature

Neil said that the strategies identified in moths have already been partially explored from a theoretical and technical standpoint.

“In theory, we could take inspiration from the moths and build sound absorbing panels made from lots of differently tuned resonating paddles, with the goal of achieving sound absorption that is on par with traditional sound absorber panels but being just a fraction of the width,” said Neil.

“With this approach, we would be getting close to a much more versatile and acceptable sound absorber wallpaper rather than the typically bulky absorber panels we use today.”

The research will be presented at the 180th Meeting of the Acoustical Society of America.