Mount Sinabung in Indonesia erupts after months of activity • Earth.com 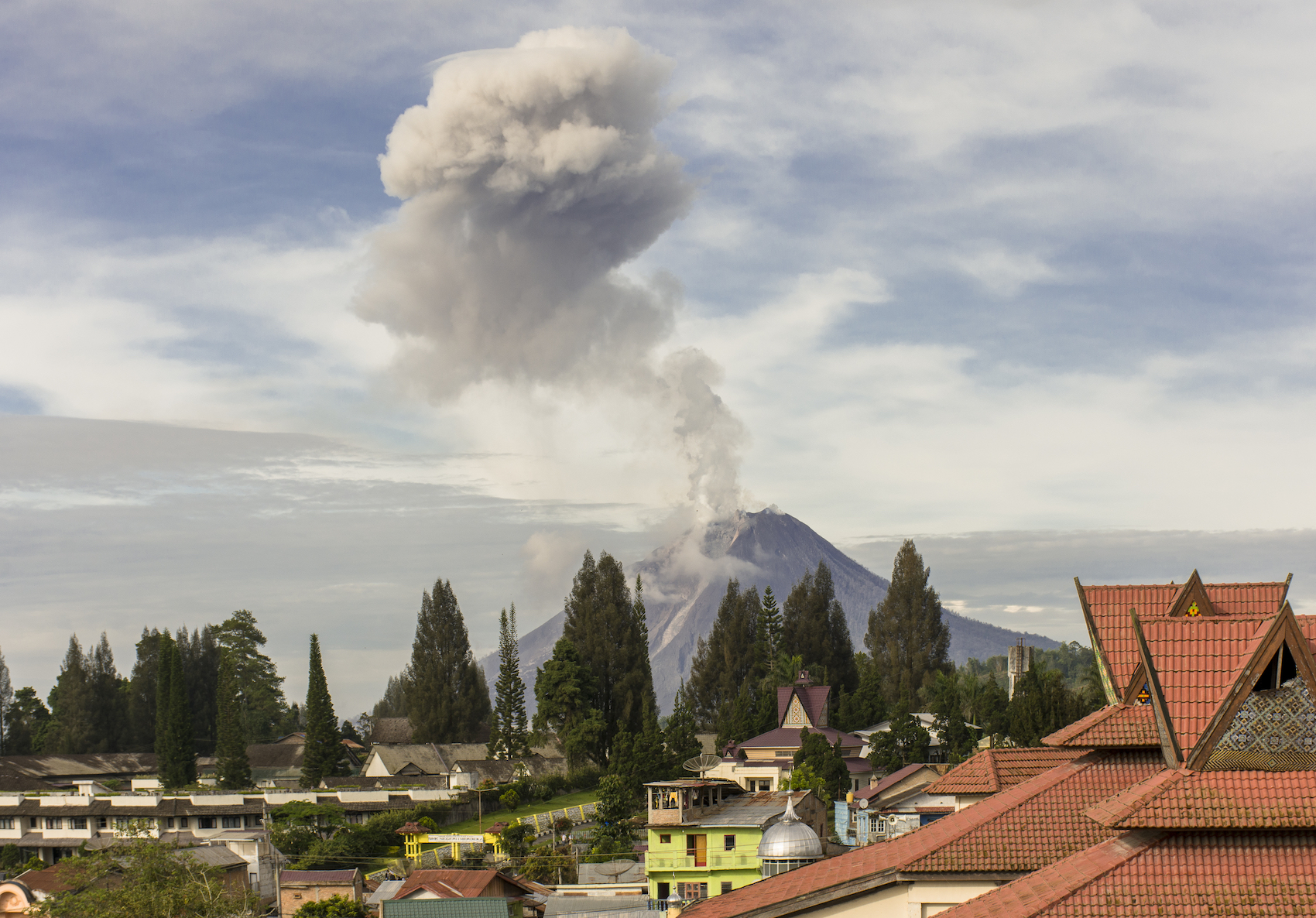 Mount Sinabung in Indonesia erupts after months of activity

Following several months of volcanic activity, Mount Sinabung in Sumatra, Indonesia erupted on Wednesday, August 3rd, spewing ash almost three miles into the air. It was the volcano’s biggest eruption in the past few months.

Mount Sinabung has been sporadically active since 2010 when it came back to life after being dormant for quite some time.

There have been no casualties from the Wednesday eruption but hot ash flooded down the mountain as far as nearly 3 miles and into the Labortus River. Students from a nearby elementary school were evacuated and citizens were warned about possible flash floods due to the ash creating a natural dam in the river.

A spokesperson for the National Disaster Mitigation Agency, Sutupo Purwo Nugroho, has issued a call for face masks and clean water and said that the ash fall directly affected thousands of people across ten different villages.

Nugroho said a danger zone within 5 miles of the peak needs to avoided by all people in the nearby communities.

While this eruption was certainly its biggest, officials say Mount Sinabung also experienced nineteen smaller eruptions with lava flows all by mid afternoon on Wednesday.

Villagers were photographed looking on as huge pyroclastic flows were seen in the background. While no casualties have been reported this year, seven people were killed during an eruption in May 2016.