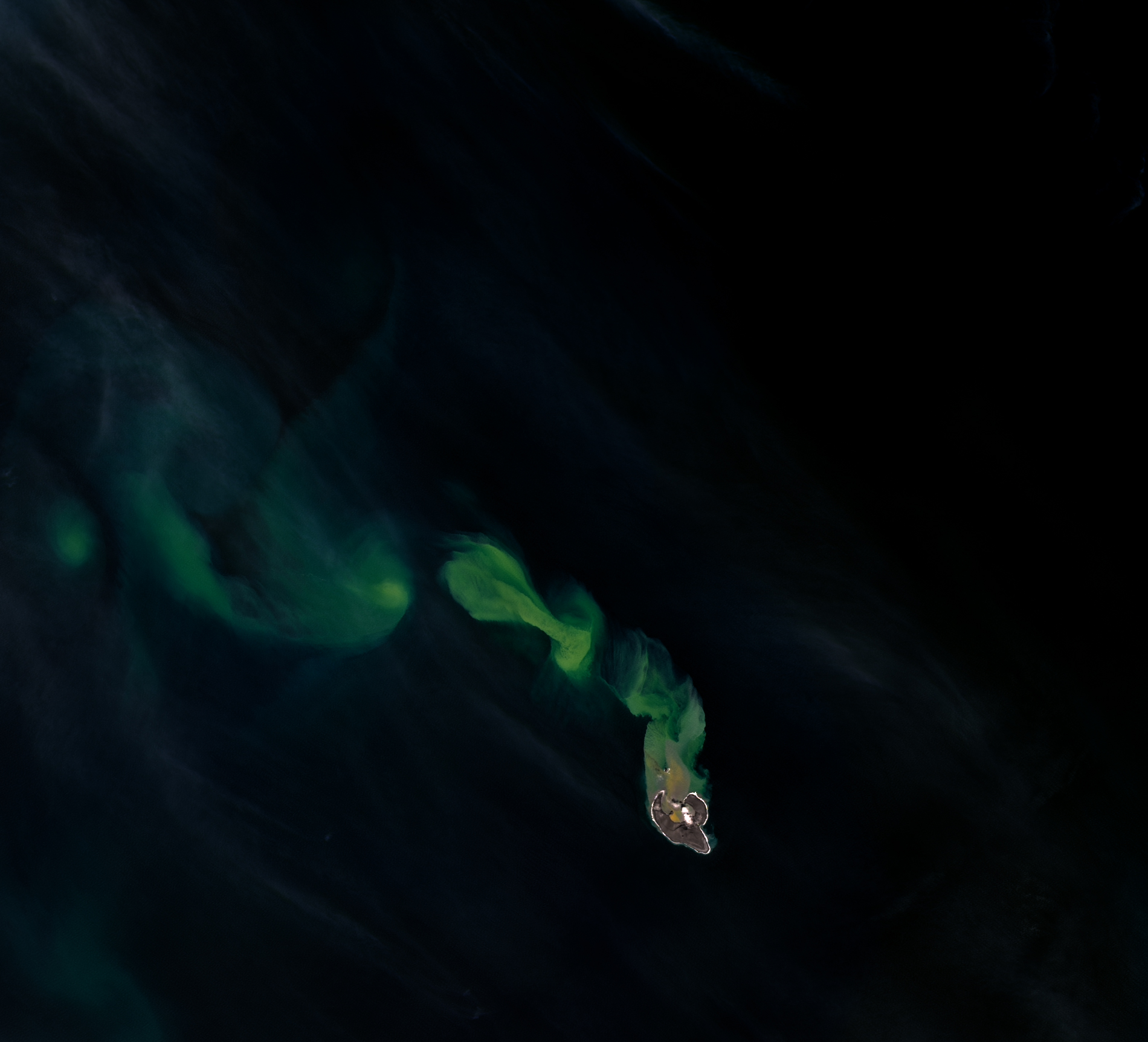 Today’s Image of the Day comes thanks to the NASA Earth Observatory and features a look at ash plumes from the Bogoslof Volcano over the Bering Sea.

The Bogoslof Volcano is located in a remote area halfway down the Aleutian Island chain. It became active once again after a number of eruptions in December 2016. The ash plumes that result from this volcanic activity can pose a threat to aircraft travel over the Bering Sea.

On May 28, 2017, the aviation color code in the area was briefly raised to red. According to the Alaska Volcano Observatory (AVO), this means “a major volcanic eruption is imminent, underway, or suspected, with hazardous activity both on the ground and in the air.”

This image was captured by the Operational Land Imager (OLI) on board the Landsat 8 satellite on June 5th, 2017.