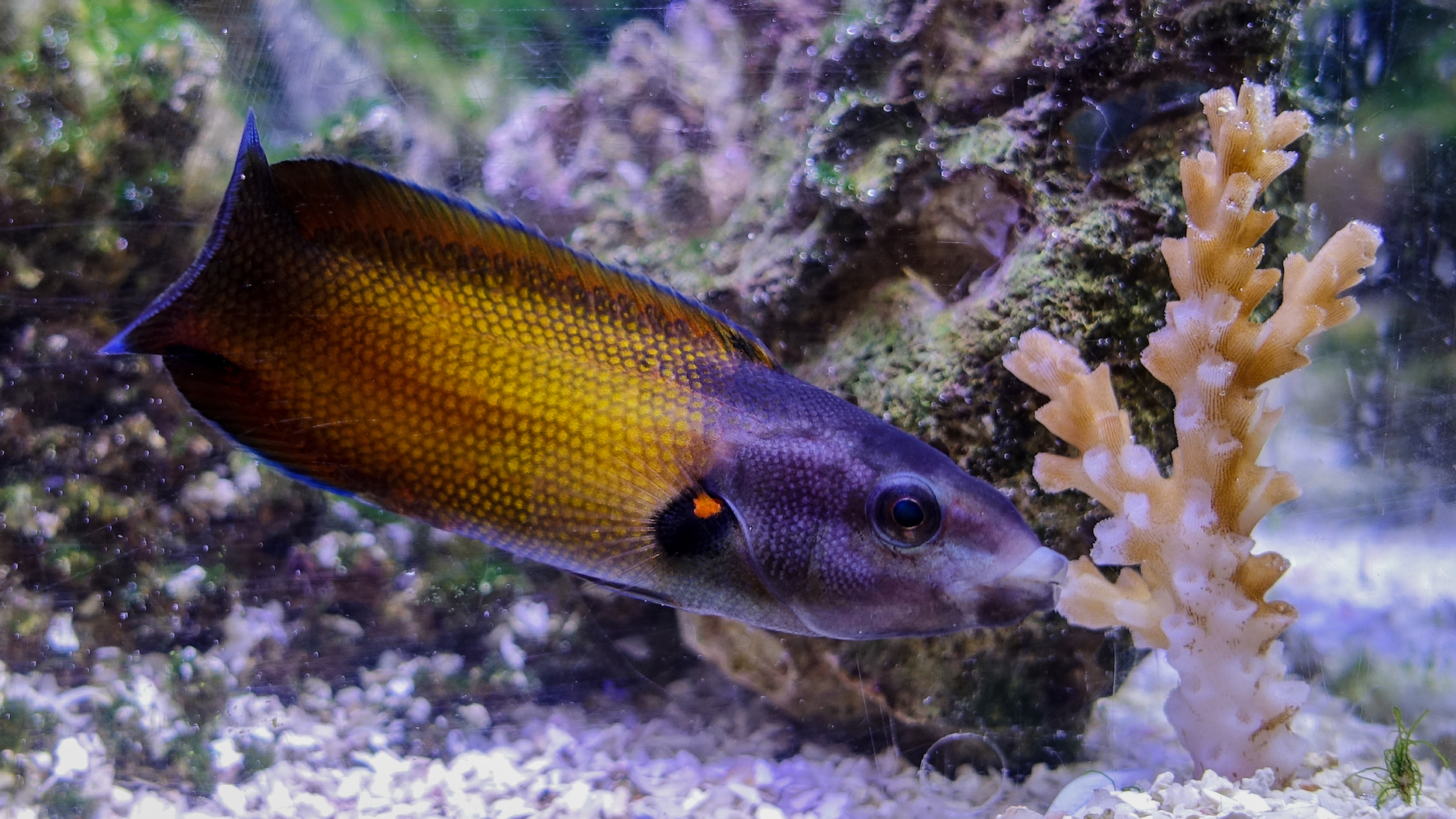 Using mucus to survive, these fish dine on stinging corals

Of the over 6,000 species of fish that live on coral reefs, only 128 are known to feed on corals – that’s only about 2% of the inhabiting species. With coral being so plentiful for these fish, why wouldn’t they use them as a food source?

Well, corals are a notoriously tough snack – mainly due to its thin, mucus-covered skin that is full of stinging cells known as nematocysts. But researchers have recently discovered the difference that allows the tubelip wrasse (Labropsis australis) to be one of the few species that dine on coral.

The mouth surface of this wrasse contains many folds that are full of high-secreting mucus glands, giving them a slimy coating to their mouths. Researchers believe that this mucus allows for suction that protects from the corals’ stinging cells.

They were able to analyze these anatomical features closely using a scanning electron microscope, which gave them extremely high-quality images. High-speed video of tubelip wrasses feeding also showed that they feed by quickly touching their lips to the coral and sucking the flesh off, effectively eating through suction feeding.

This new evidence suggests that tubelip wrasses survive through feeding mainly on coral mucus. The researchers believe the next step in their work is to discover the “magic of the mucus.