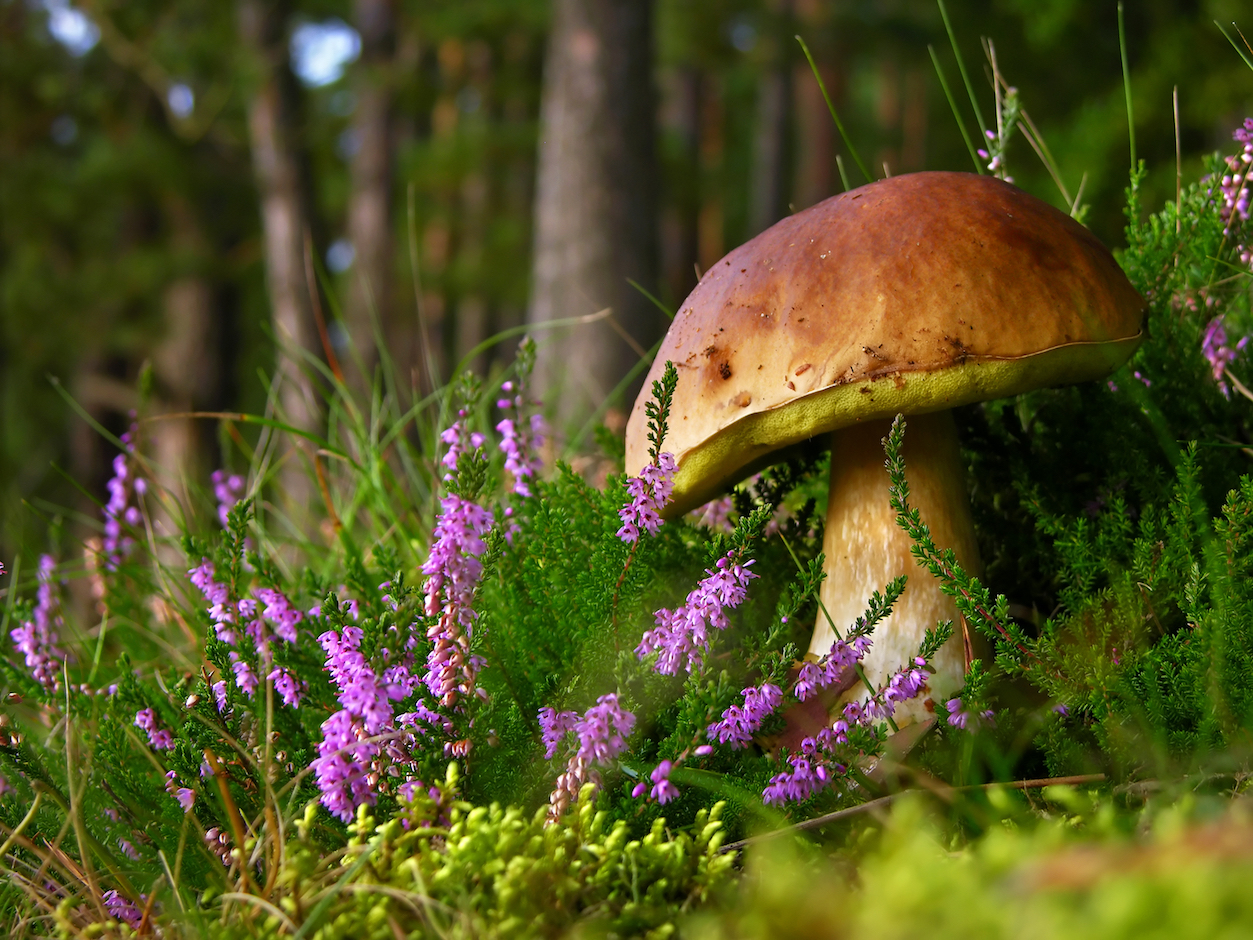 Mushrooms show how rising CO2 levels are reshaping our land

The level of atmospheric carbon dioxide is at an all-time high. This is responsible for major changes in the climate and also in our landscape. Recently, a team of researchers at the University of New Hampshire launched a study to determine the effects this rising concentration of carbon dioxide has on our ecosystems. The scientists turned their attention to mushrooms, an unlikely source that proved to contain a wealth of information.

The researchers first narrowed their study to focus on American lawns due to the fact that grass is such a critical component of the global carbon cycle. During photosynthesis, grass pulls carbon dioxide from the air using light energy to produce chemical energy. Aging grass, however, is not easily obtainable. The researchers set out to illustrate the changes in growth and competition of grass by viewing an alternative specimen.

Erik Hobble is a professor of terrestrial ecology at the University of New Hampshire and the first named author of the study. Hobble explains,“We thought that mushrooms could be a valuable indicator of responses of lawns to carbon dioxide levels in ecosystems because they feed on the dead grass and debris, or carbon, that law other plants put into the ground.” Hobble adds that mushrooms are “widely available  through previous collected specimens in labs and museums.”

For the study, published in the Journal of Geophysical Research: Biogeosciences and also featured as an article in the magazine Eos, Hobble and his team scrutinized samples of the mushroom Amanita thiersii. These samples were collected between 1982 and 2009 from the southeastern and southcentral regions of the United States.The team combined their findings with data about the temperature, precipitation levels, and carbon dioxide concentration during the same time frame to look into the presence of  two main types of grass, C3 grasses and C4 grasses. C3 grasses, such as wheat and oats, thrive in cooler weather while C4 grasses, such as corn and sugarcane, develop better in warmer temperatures.

The mushrooms, or Amanita thiersii, displayed the various changes in growth and competition between the C3 and C4 grasses as the carbon dioxide levels increased. C3 grasses were impacted the most by climate change. The presence of C3 grasses in the carbon decreased by 12% with every single degree increase in temperature. The relative proportion of C3 grasses, however, increased by 18.5% as a result of the increase in carbon dioxide concentrations.. The study proves that the presence of more carbon dioxide in the atmosphere undoubtedly affects plant competition, and that plants such as mushrooms can be utilized to project more information about the future of our landscape.

Source: The University of New Hampshire