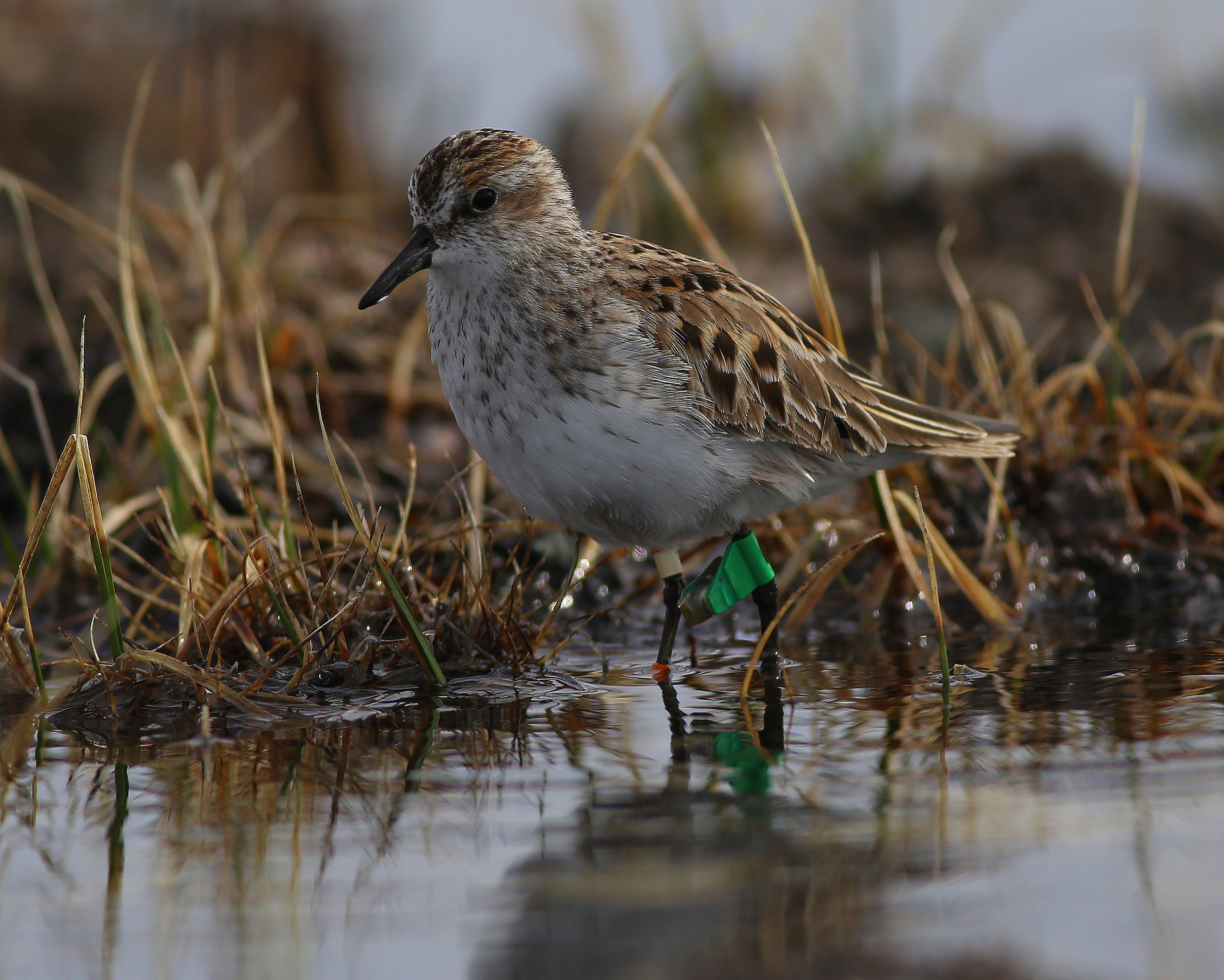 The annual migration cycle of bird species that breed in the Arctic and winter in South America can be notoriously difficult to study. However, scientists have made a concerted effort to take on this challenge, as they’ve seen a mysterious population decline occurring with the Semipalmated Sandpiper.

A new study published in The Condor: Ornithological Applications takes a closer look at the annual migration cycle of one of the most widespread and numerous shore bird species in the Western Hemisphere.

A group of 18 partner organizations helped to deploy 250 light-sensitive geolocators attached to individual birds. These tiny devices use light levels to determine a bird’s location, which provided important data on the migration patterns of this sandpiper.

Stephen Brown, the Vice President of Shorebird Conservation for Manomet, headed this effort to get a closer look at Semipalmated Sandpiper migration patterns, and possibly figure out why their population is in decline. Brown explains, “This study was a response to the discovery of a large decline in the population of Semipalmated Sandpipers in the core of their wintering area in South America, and the need to determine which birds were involved. We didn’t know if the decline affected the entire population or just part of it.”

After one year of data gathering, 59 birds were recaptured and the data from their geolocators was downloaded.

Researchers found that eastern and western breeding populations actually use separate migration routes and wintering areas. More importantly, the data showed that birds that breed specifically in the eastern Arctic tend to migrate to areas in South America where these large population declines have been observed.

The researchers believe that the sandpiper’s population decline is related to hunting on the wintering grounds and habitat alteration at migration stopover sites. However, the impact of these variables is not yet known.

Ryan Norris, an expert on migration tracking at the University of Guelph, believes this study was imperative to furthering our knowledge of these birds and our changing environment: “Multi-site, range-wide studies on connectivity, such as this, are critical if we are to understand the population consequences of environmental change in migratory birds.”