Mysterious wolf may hold clues to the origins of modern dogs • Earth.com 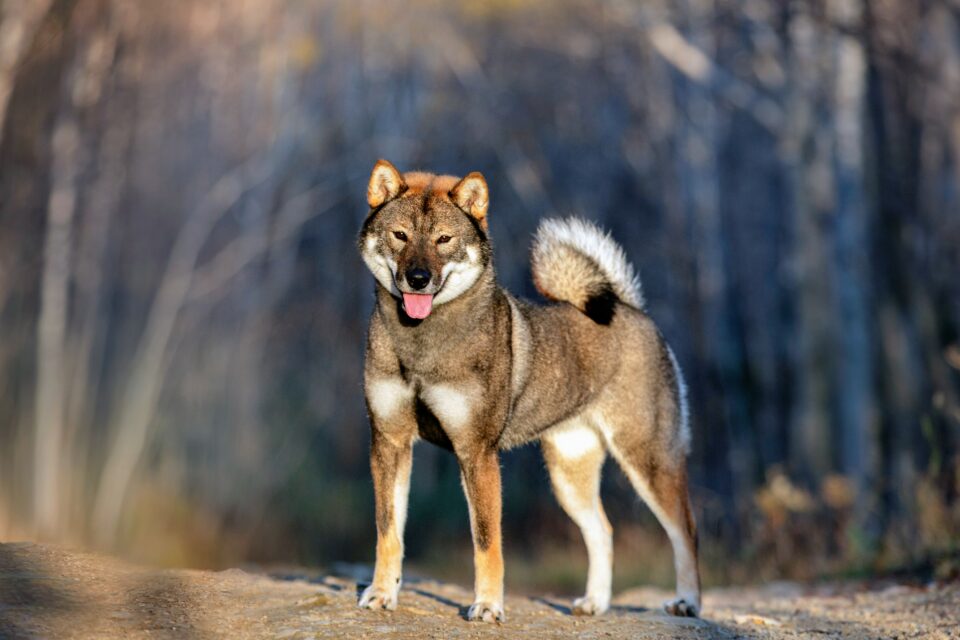 Mysterious wolf may hold clues to the origins of modern dogs

According to a new study led by the Graduate University for Advanced Studies, an extinct Japanese wolf (Canis lupus hodophilax) may hold clues to the origins of modern dogs. Genomic analyses indicate that the two might share a common ancestor, and that up to 5.5 percent of modern dog genomes throughout East Eurasia are derived from Japanese wolf ancestry.

The Japanese wolf was a subspecies of the gray wolf which inhabited the Japanese Archipelago until approximately 120 years ago. At least since they appeared in written records in the first century AD, these wolves were seen as pests, preying on horses and other livestock.

More recently, rabies outbreaks and habitat loss forced Japanese wolves into increased conflict with humans, making their eradication a national priority towards the end of the 19th century. The last known Japanese wolf was hunted and killed by humans in 1905.

By studying the genomes of nine Japanese wolves from the late 19th and early 20th centuries and 11 Japanese dogs (including popular breeds such as shiba inus), and comparing the results of the analysis to both modern and ancient wolves and dogs, the scientists found that both the Japanese wolves and modern dogs came from a vanished population of gray wolves in East Asia.

According to study senior author Yohei Terai, an evolutionary biologist at the Graduate University for Advanced Studies, the Japanese wolf appears to be a unique, genetically distinct subspecies of the gray wolf, different from both ancient and modern gray wolves. Surprisingly though, the Japanese wolf seemed to share significant genetic affinities to East Eurasian dogs. “It’s a sister relationship,” Terai said.

“If true, this is very important,” added Laurent Frantz, an evolutionary geneticist at the Ludwig Maximilian University of Munich. “It’s the first time we’ve seen a wolf population that’s close to dogs.”

However, not all dogs have a significant genetic overlap with the Japanese wolf. Western dogs such as Labradors or German Shepherds, for example, shared far less genetic material than eastern dogs, such as modern Japanese breeds, or ancient canines including the dingo or the New Guinea singing dog. Terai and his colleagues speculate that Japanese wolves bred with dogs that were moving east after a hypothesized east-west split of canine lineages.

Nevertheless, the discovery of these significant affinities between the Japanese wolf and eastern dogs is a crucial step forward in understanding the origins and evolution of modern dogs.