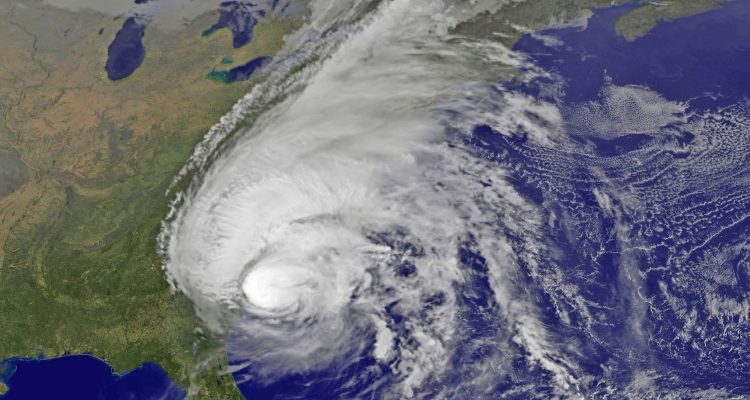 A NASA rainfall analysis estimated the amount of rainfall generated by Hurricane Matthew when it moved over the Carolinas.

At NASA’s Goddard Space Flight Center in Greenbelt, Maryland a rainfall analysis was accomplished using data from NASA’s Integrated Multi-satellitE Retrievals for GPM (IMERG). The GPM or Global Precipitation Measurement mission is a joint mission between NASA and the Japanese space agency JAXA.

This rainfall analysis was created using IMERG real time data covering the period from Sept. 28 through Oct. 10, 2016. The totals included some rain from a low pressure area that moved through the area near the end of September.

Hurricane Matthew’s interaction with a frontal boundary caused extreme rainfall in North Carolina resulting in over 20 inches (508 mm) of rain being reported in North Carolina. The area was already saturated before Hurricane Matthew arrived. Heavy rainfall from a slow moving low and frontal system moved through during the last week of September. Maximum rainfall total estimates for the real-time IMERG product have been adjusted to reflect observed values.

On Wednesday, Oct. 12 the National Weather Service (NWS) in Wilmington, North Carolina (NC) reported “All major area rivers will remain above flood stage throughout this upcoming week. At 10:59 a.m. EDT on Oct. 12, the North Carolina Department of Transportation reported numerous flooded roads persisting across much the coastal plain of North Carolina. This being the result of heavy rainfall totaling 5 to 12 inches across the region in the last 36 hours. Many roads are impassable, barricaded or washed away. Some neighborhoods are cut off. Swamps, creeks and rivers are still rising flooding even more areas and slowing the recession of high water. People in the warned area should not travel and be prepared for widespread flooding of a magnitude not seen in many years. If asked to evacuate please do so.”

For updated River Forecasts from the NWS, visit: http://water.weather.gov/ahps2/forecasts.php?wfo=ilm