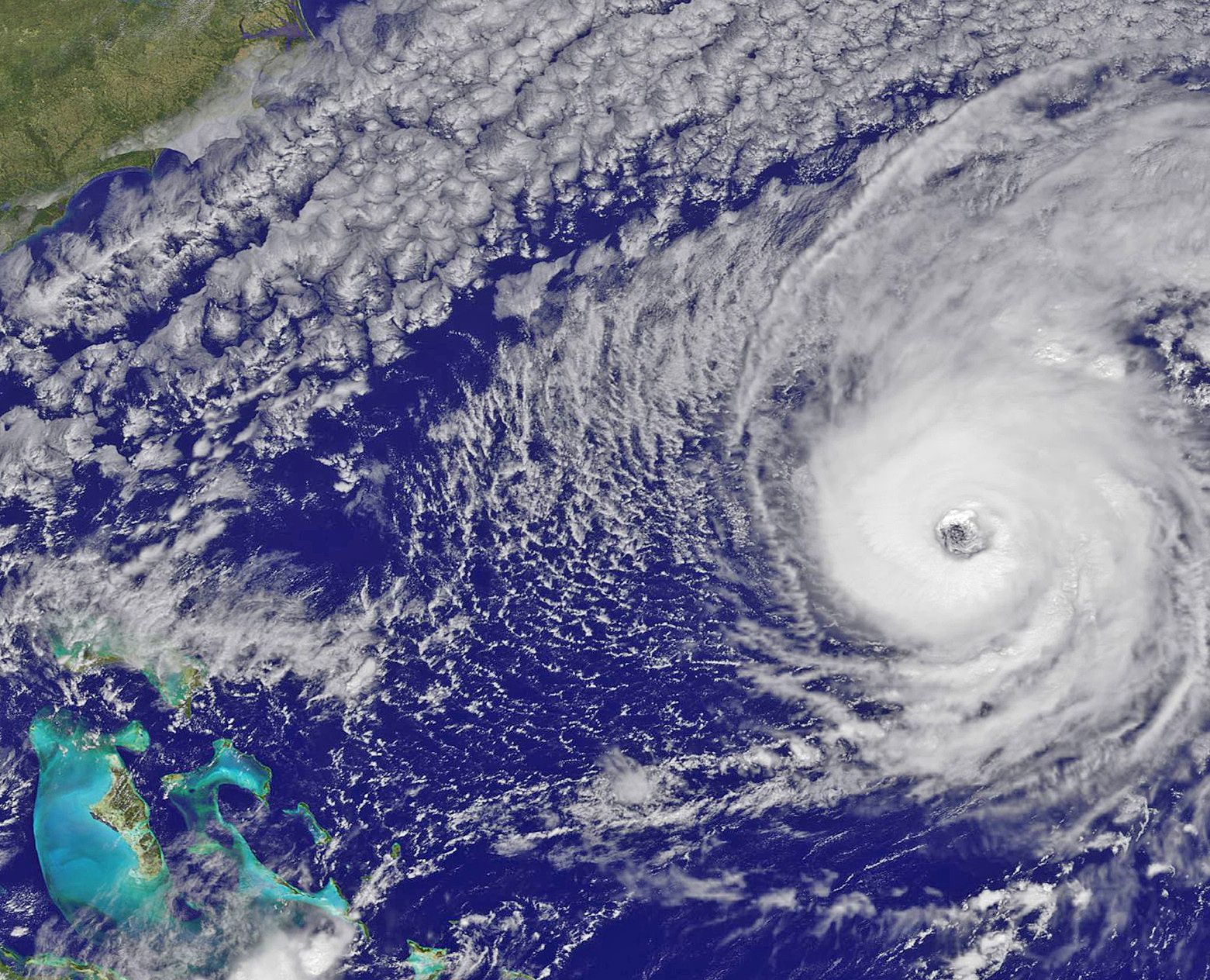 Hurricane Nicole continues to strengthen as it heads toward Bermuda and a satellite image showed the storm’s large eye.

The NASA/NOAA GOES Project at NASA’s Goddard Space Flight Center in Greenbelt, Maryland created an image of Hurricane Nicole at 12 p.m. EDT (1600 UTC) on Oct. 12 that showed it had a large eye.

The storm was well-rounded with feeder bands of thunderstorms wrapped tightly around the eye and from a band east of the center. NOAA manages the GOES series of satellites and the NASA/NOAA GOES Project creates images and animations from the data.

On Oct. 12 a Hurricane Warning is in effect for Bermuda. The National Hurricane Center (NHC) noted that a Hurricane Warning means that hurricane conditions are expected somewhere within the warning area. Preparations to protect life and property should be rushed to completion.

At 11 a.m. EDT (1500 UTC), the large eye of Hurricane Nicole was located near about 295 miles (480 km) south-southwest of Bermuda near 28.4 degrees north latitude and 66.9 degrees west longitude. Nicole was moving toward the north near 7 mph (11 kph), and the NHC expects a northward motion with some increase in forward speed is expected today, Oct. 12. A turn toward the north-northeast is forecast tonight, followed by a northeast turn on Thursday with an additional increase in forward speed. On the forecast track, the core of Hurricane Nicole will pass near or over Bermuda on Thursday, Oct. 13.

Maximum sustained winds are near 100 mph (155 kph) with higher gusts. Some strengthening is possible during the next 24 hours, and Nicole could be near major hurricane strength when it approaches Bermuda.

For updated forecasts, visit the NHC website at: http://www.nhc.noaa.gov