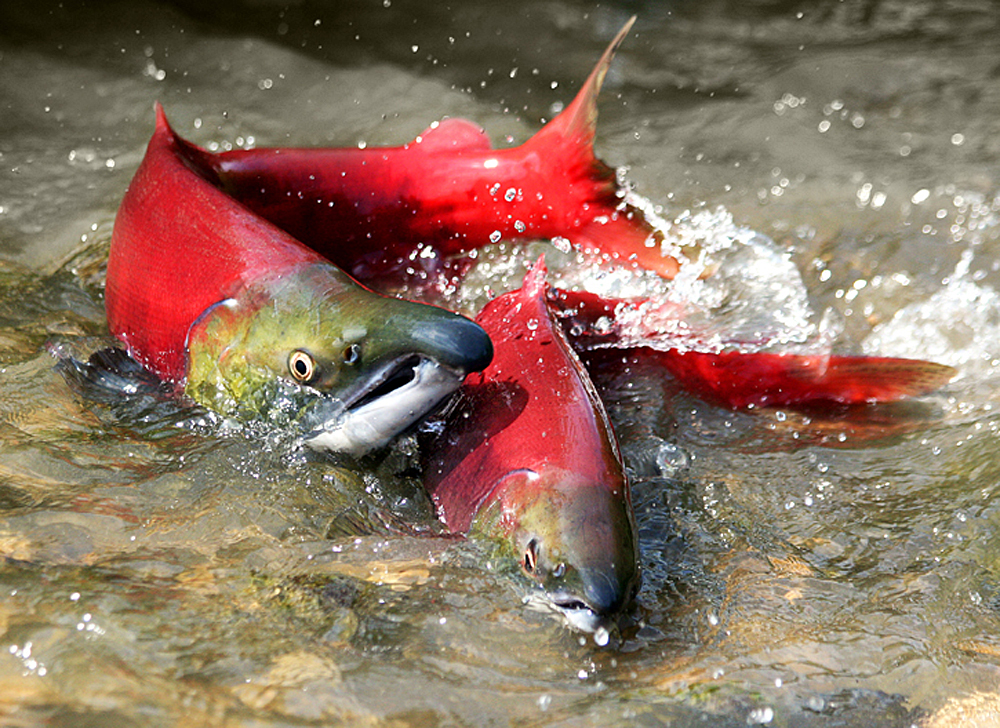 A Canadian natural gas plant could post more risk to salmon than previously believed if the project is allowed to go ahead, according to a new study.

The new research, conducted at the proposed site of a liquified natural gas plant on the Skeena River, found that the area is a popular destination for salmon. The fish spend a month or more in the spot to feed and grow before braving the trip out to sea, the study reported.

A previous marine fish survey, conducted on behalf of the natural gas plant project by Stantec Consulting, found the area to be a “low value” fish habitat. Fisheries and Oceans Canada, the federal agency that manages Canada’s waterways, disagreed with Stantec’s conclusion, but the international energy coalition spearheading the gas plant project said that negative effects of construction could be mitigated.

The research team led by Moore used chemical signatures of sulfur, carbon and nitrogen left behind by fish as a sort of “chemical clock” to figure out how long they stayed in the estuary before heading out to sea.

Knowing how long each species stayed in the stopover location would help environmental managers decide how important the area is to the fish, Moore said.

The research could cause another wrinkle for the gas plant, which is facing three lawsuits lodged by environmental groups and indigenous Canadians. Two of the three suits, filed in late October, laid out environmental activists’ concerns over the project’s environmental assessment process and the plant’s potential greenhouse gas emissions.

The third, filed by the Gitanyow and Gitwilgyoots First Nations, claimed that indigenous Canadians were not well included in the project’s approval process.

Currently, the Canadian Environmental Assessment Agency is allowing the project to proceed, provided it meets about 190 conditions set by the agency.

The salmon study was published on November 9 in the journal Marine Ecology Progress Series.