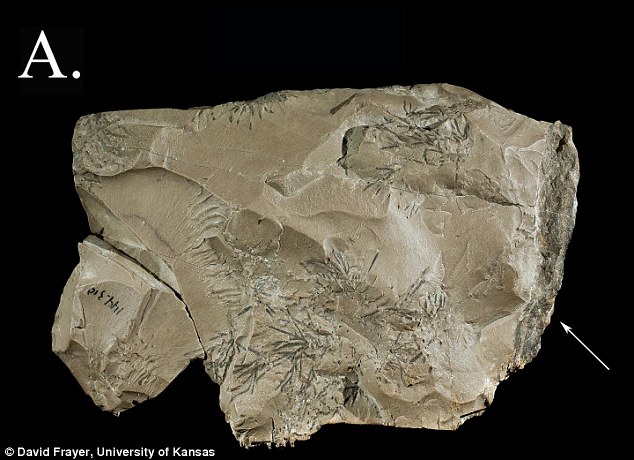 Were Neanderthals the first interior decorators?

When thinking of Neanderthals, no-one considers them as interior decorators in fact many think of Neanderthals as unthinking, uni-browed beasts that were singularly focused on survival. Could it be that they shared something in common with Martha Stewart? Researchers believe they have found evidence that Neanderthals had an interest in home decoration.

They base their theory on the discovery of a piece of brown limestone found at an archeological dig site in Croatia. The brown stone has many interesting black markings on it and scientists think that Neanderthals may have collected it because it was beautiful.

This differs from the previous belief that Neanderthals were incapable of assigning symbolism to objects. Because the rock had not been modified in any way, researchers don’t believe it was collected to be used as a tool. While it does have a piece that was broken away, that break likely happened while the rock was being stored or transported after it was excavated around 1900.

At the same dig site, teams have also found eagle talons that were fashioned into crude jewelry. At other sites, they’ve found shells colored with pigment. Because these items would have served no purpose as tools, it’s quite striking that Neanderthals made an effort to collect and keep them. This suggests that they had a sense of curiosity, as well as the ability to recognize beauty.

Over 1,000 items were collected from the site, but the piece of limestone went overlooked for years. It’s a subtle decoration, not as attention-getting as the 25,000-year-old cave paintings that have been discovered in what is now modern-day France. The cave paintings were made by modern day humans. By comparison, the Neanderthals who collected the piece of rock did so nearly 130,000 years ago. This rock was collected more than 100 years ago and added to the Croatian Natural History Museum in Zagreb.

It recently attracted attention from preeminent researchers including David Frayer, a professor emeritus of anthropology at the University of Kansas. He reexamined the rock and wrote a paper which was published in Comptes Rendus Palevol

Talking of the rock, he said: “If we were walking and picked up this rock, we would have taken it home… It is an interesting rock.”

It appears we have a thing or two to learn from the first interior decorators and their style.