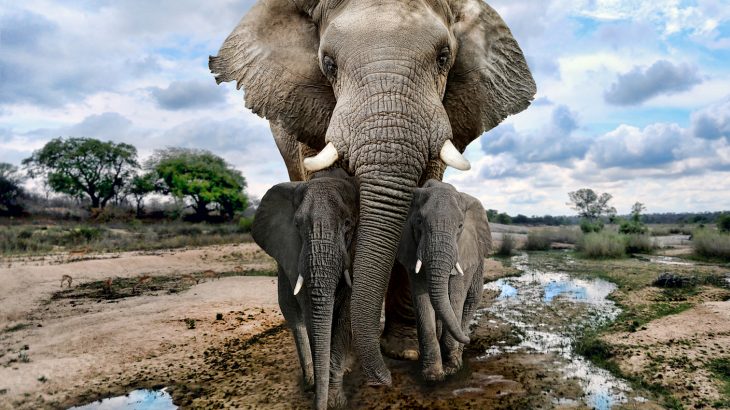 A near-total ban on capturing and selling wild African elephants to zoos was approved on Tuesday during a conference of the Convention on International Trade in Endangered Species (CITES).

Many are calling the ban “momentous” as it marks an important landmark decision to protect African elephants and prevent the sale of elephants to zoos or the entertainment sector.

Currently, 183 nations and governments are parties to CITES, and although not all parties approved of the ban, the majority (87) voted in favor following a heated debate on the subject.

Both Zimbabwe and the United States voted against the ban.

For Zimbabwe, where elephant populations are healthier compared to Southern Africa, elephants are an important economic asset and the ban prevents the country from profiting off their numerous elephants.

Since 2012, Zimbabwe captured and sold more than 100 young elephants to zoos in China according to Humane Society International.

“The government has been pumping out a lot of money for conservation with no real return, yet our government has competing social needs,” said Tinashe Farawo, spokesman for The Zimbabwe Parks and Wildlife Management Authority. “We view our animals as an economic opportunity…Why should we continue to impoverish our people when we have the resource?”

The European Union initially rejected the ban but that changes with the addition of an important amendment that serves as a loophole of sorts.

The EU amendment states that elephants should remain in their “natural and historical range in Africa, except in exceptional circumstances.”

Still, the EU made it clear that any decisions involving elephant transfers or sales will have to be made under the recommendations of CITES and the International Union for the Conservation of Nature.

“This is a momentous CITES decision for Africa’s elephants, and despite compromised language being introduced by the EU, we are relieved by its passing,” Audrey Delsink, wildlife director at Humane Society International, told the Daily Mail Online. “While it is disappointing that it is not an outright ban on trade in live elephants, the new language adds vital independent oversight and scrutiny.”