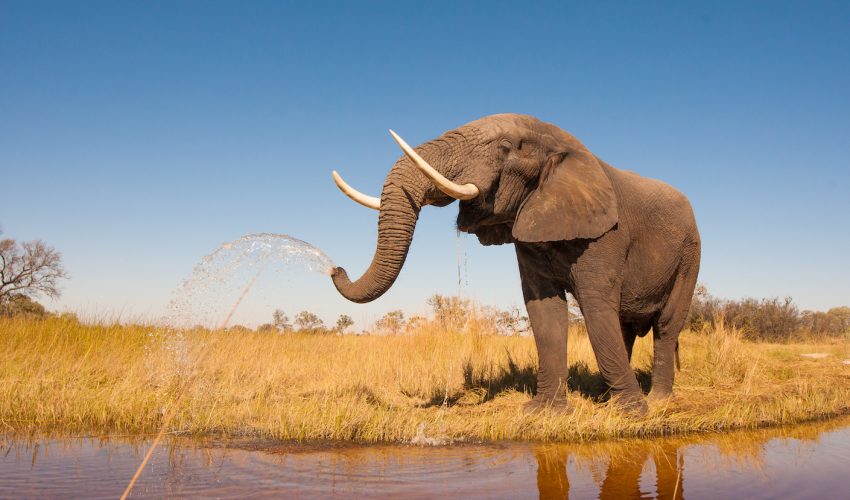 Elephant populations in Africa may be on the long road to recovery after years of poaching and illegal ivory trading have devastated the animals.

A new report from the Associated Press reveals the potential progress for elephant conservation and protection in Tanzania as AP journalists were recently allowed a rare inside look at Tanzania’s Mikumi National Park.

An operation is currently underway to track and collar 60 elephants around the Selous Game Reserve in Tanzania, which according to the AP, has been “Ground Zero” for poaching.

The collars allow conservation managers to track the elephants, monitor the herds, and protect them if they wander into areas where poaching is likely to occur.

Poaching in Africa has dropped consecutively in the last five years, but the demand for ivory has caused devastation among elephant herds.

There are currently around 415,000 elephants in Africa, and in Tanzania alone, populations declined 60 percent between 2009 and 2014.

As countries around the world crack down on ivory imports and some herds in Africa are recovering their numbers, slowly but surely the race to save African elephants is well underway.

However, it will be a long time before herds fully bounce back from the impacts that poaching had on elephant populations throughout the years.

“The trend in poaching is going in the right direction, but we have a long way to go before we can feel comfortable about the future for elephants,” Chris Thoules, a member of Save the Elephants, told the AP.

But even though poaching is declining and ivory markets are shrinking, tackling one region where poaching is rampant only increases poaching in another area.

That’s why tracking collars and other protection and management efforts are so important as they can help safeguard against poaching but also create a precedent for elephant protection across the country.

Colman O’Criodain, the wildlife policy manager of the World Wide Fund for Nature, told The Guardian that attention should be on closing loopholes and working on policies to stop the illegal trade of ivory.

“With an average of 55 elephants being killed every day, there is no time to waste; we must act now,” said O’Criodain.