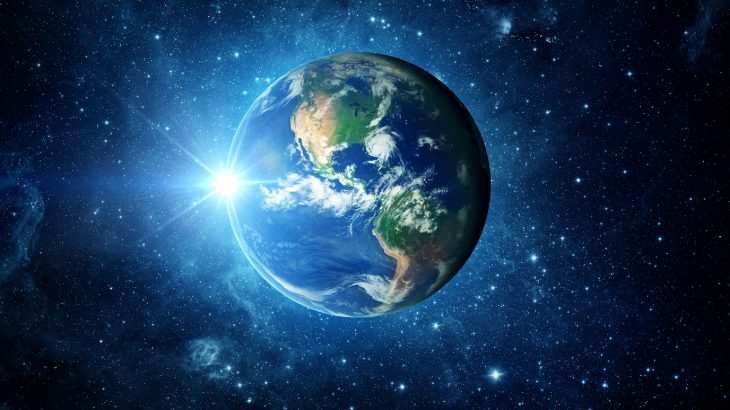 How the Earth first formed is of course our planet’s oldest mystery, and while several plausible ideas are widely accepted among the scientific community, it is not certain which is accurate.

There are three main theories about how the Earth formed from a giant flat disk of dust and gas called a protoplanetary disk, and each has a timeline different from the other.

One suggests that the planet formed quickly from the gas and dust surrounding the sun over 2 to 5 million years.

A second idea suggests that the Earth was formed from dust particles exposed to radiation from the sun. According to the Daily Mail, this is the irradiated particles explanation.

The third most common theory has to do with late accretion which occurred over a long period, and the Earth was formed through a slow process of accumulating particles and meteors.

Now, in a new study, researchers from the University of California, Davis may have found a way to confirm how the Earth was formed by examining neon isotopes in rocks on the ocean floor.

Because the different theories and ideas of the Earth’s formation take place over different time spans, researchers say that there would be different concentrations of gasses in the Earth’s crust and mantle that correlate with each explanation.

This is why the researchers turned to neon in the ocean, as it could reveal how quickly the Earth was formed, according to the Daily Mail.

“We’re trying to understand where and how the neon in Earth’s mantle was acquired, which tells us how fast the planet formed and in what conditions,” Curtis Williams, a member of the research team, told the Daily Mail.

Studying neon is also good because unlike other chemicals it’s inert and doesn’t react to changes in the environment.

“So neon keeps a memory of where it came from even after four and a half billion years,” Sujoy Mukhopadhyay, an author of the study, told the Daily Mail.

The researchers focused on pillow basalts on the ocean floor and measured neon isotopes contained within bubbles in the basalts using a mass spectrometer.

The ratios of neon found in the rocks didn’t match up with either the irradiated particles or the late accretion theories. Instead, the researchers say the neon in the rocks suggests that the Earth formed quickly.

The study also provides a new method for searching for planets with the potential for life.