Research raises new questions on how the Earth was formed • Earth.com 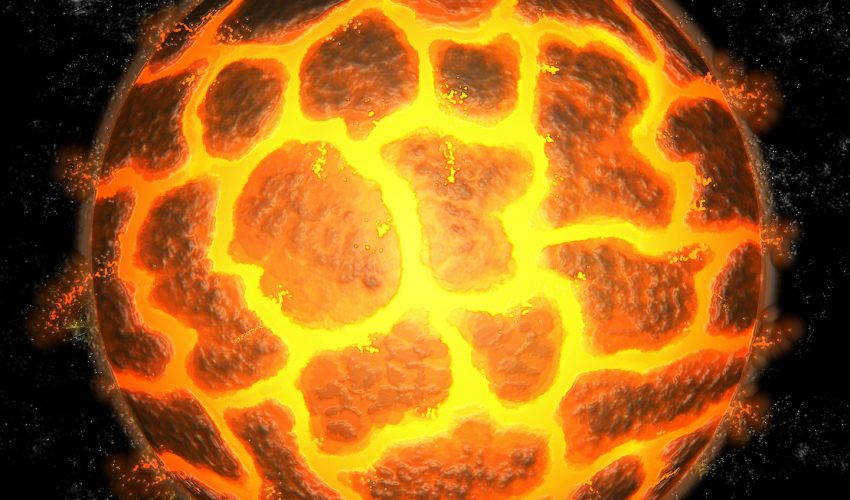 Research raises new questions on how the Earth was formed

For some time, it has largely been accepted in the scientific community that the Earth was formed from two types of stony meteors: CI chondrites and enstatite chondrites. These meteors would have originated in the asteroid belt billions of years ago and melded together to help form the core and mantle of the Earth. But now, new research is casting doubt on the formation and chemical composition of the planet due to new evidence on the distribution of zinc in the Earth’s core.

The study was conducted by researchers at the Institut de Physique du Globe de Paris (IPGP) and presented at the Goldschmidt Geochemistry Conference.

The researchers melted iron and silicate compounds that contained zinc and sulphur at high temperatures and pressures to simulate the conditions that were present during the Earth’s formation.

“We found that under conditions similar to those estimated when the Earth formed, Zn has a tendency to be distributed between the core and mantle differently than we had thought, i.e. there will be a significant amount of it bound up in the Earth’s core. Based on previous models, if we can place more Zn in the core, then by association you place more S in the core as well, much more in fact than most current observations suggest,” said Brandon Mahan a member of the project and researcher from the IPGP.

This means that the Earth may not have been formed from CI chondrites and enstatite chondrites, but instead from CH chondrites.

“…CH chondrites — much like the Earth — have a very complex formation history which has given them features from both extremes of hot and cold. If our results are valid, this indicates that the building blocks of the Earth may be a bit more exotic than we thought,” added Mahan.