New clues about the feeding habits of grasshoppers • Earth.com 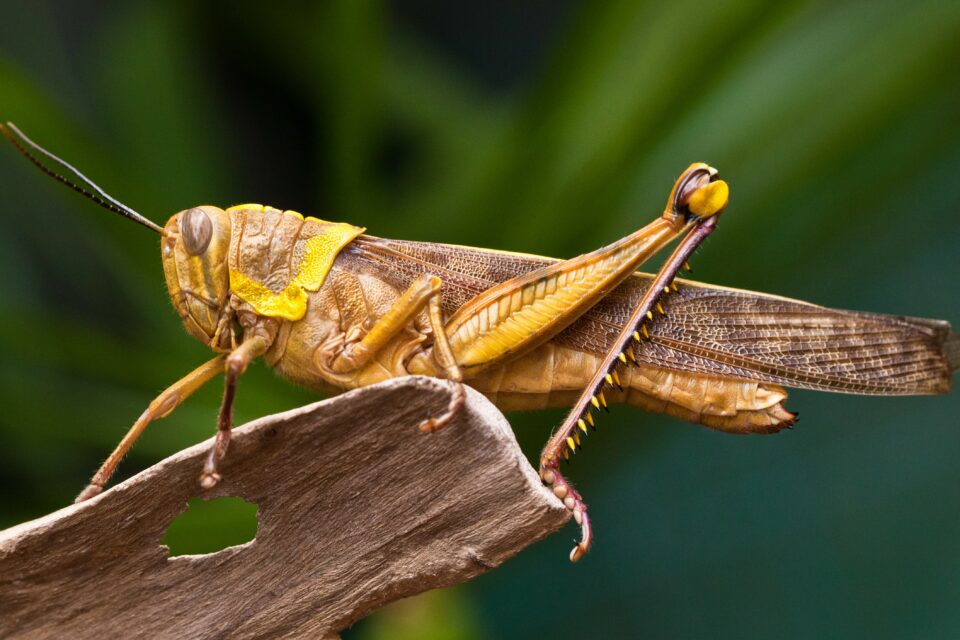 On a mild summer evening, grasshoppers and crickets share an impressive concert to anyone walking by with their chirping. The sounds are usually males trying to attract females to mate with them. But some can be the sound of a rivalry when two males get too close to each other.

In Germany, there are more than 80 Orthoptera species. The feeding habits of grasshoppers are a scientifically exciting topic. Most recently, scientists have been looking to understand how food webs can remain stable under a changing climate.

A recent study published in the journal Global Change Biology has investigated how grasshoppers interact with plants. The researchers investigated orthoptera-plant communities in different regions to complete an analysis along a climatic gradient, at altitudes ranging from 250 to 2,100 meters.

“Grasshoppers are very important for many open grassland ecosystems,” said zoologist Sebastian König from the University of Würzburg in Bavaria, Germany. “The insects are an important food source for birds. And as herbivores, they remove up to 30 percent of the plant biomass in a meadow, thus promoting the co-occurrence of many plant species.”

During the summers of 2019, 2020 and 2021, the team determined which grasshopper species fed on which plants on 41 grassland sites. They observed more than 3,000 individuals of 54 species and collected the fecal pellets of the animals to analyze the plant remains they contained.

The ecologists tested a hypothesis that it should be advantageous for insects at higher altitudes to feed on a broader range of plant species, because in high alpine environments, the choice of food plants is limited. Therefore, and because of environmental variability, it is advisable not to be too choosy there.

The study partially confirms the theory, as grasshoppers were found to eat a relatively wide range of plants in cold regions. The experts also found that this applies to warm habitats.

However, in temperate habitats the number of plant species is large and grasshoppers are more specialized, feeding on plants that are closely related. Resource composition also plays an important role for the herbivores. For example, grasshoppers with a preference for grasses dominate in meadows with a high proportion of grasses.

“Our results suggest that climate and plant community composition influence the dietary specialization of herbivores. If herbivores devour many different species, this could be an adaptation and a prerequisite for being able to survive in climatically extreme habitats,” the researchers concluded.

The scientists now want to gather information about the food niche breadth of herbivorous insects. Next, they will analyze the microorganisms that live in the guts of the grasshoppers. This could reveal potential relationships between the diet and the diversity and composition of the microorganisms.