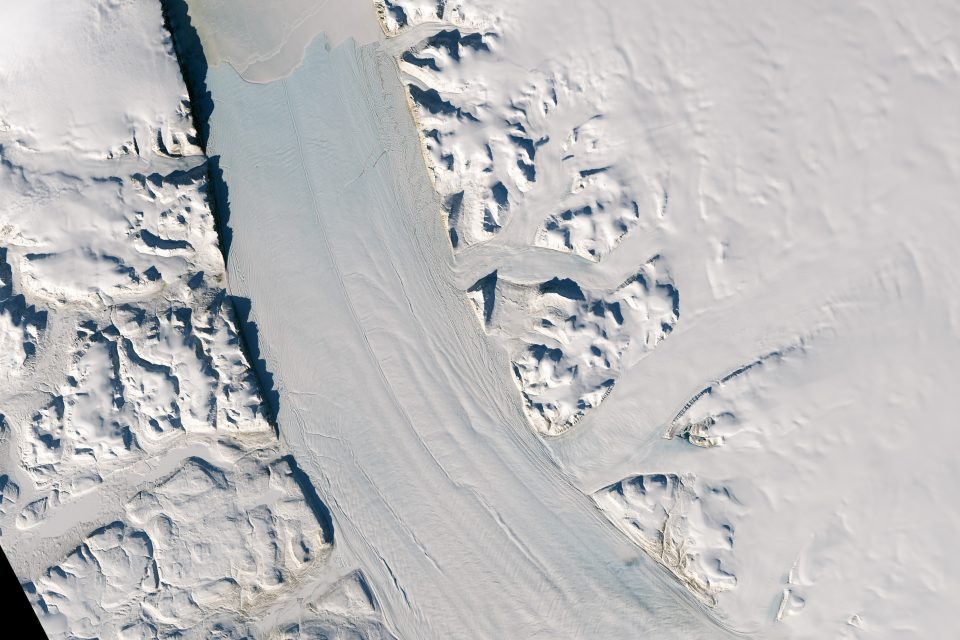 The discovery of a long crack running through one of Greenland’s largest glaciers is raising concerns that an iceberg calving event is on the way, an event that could speed up the glacier’s movements as it flows toward the ocean.

The Petermann Glacier is one of Greenland’s most prominent glaciers and is one of only three glaciers in the region with a floating ice tongue, a part of the glacier that floats on the water and extends 43 miles into the Petermann Fjord.

Miles of cracks along the tongue suggest that soon an iceberg could calve from the glacier and float out to sea.

This isn’t the first time a major calving event has occurred with the Petermann glacier. In 2010, 25 percent of the floating tongue fell off, and in 2012, an iceberg the size of Manhattan calved from the glacier.

After analyzing the satellite data, the researchers realized that the 2012 calving event increased the glacier’s flow rate by 10 percent.

“The satellite data shows that Petermann Glacier had a flow speed of roughly 1,135 meters [3,800 feet] per year in the winter of 2016,” said Niklas Neckel, a member of the AWI research team, in a statement. “That equates to an acceleration of about 10 percent in comparison to the winter of 2011, and we asked ourselves what was responsible for the increased speed.” 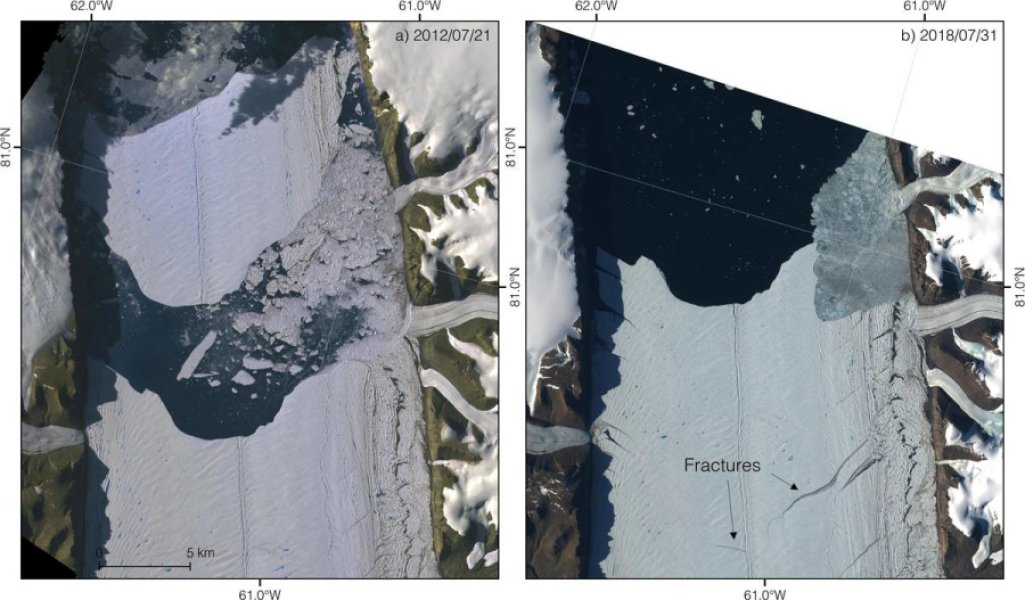 In a new study published in the Journal of Geophysical Research, the researchers ran a series of model simulations to project how a future calving event would impact ice flow rate.

If the cracks do bring about a calving event, the Petermann Glacier will speed up and send more ice out to sea, which will have a major impact on sea level rise.

The reason the glacier will speed up has to do with the fjord rock walls on either side of the floating tongue and glacier. The walls serve as the brakes for the glacier and hinder the glacier’s forward flow.

“If a major iceberg breaks away from the end of the glacier’s tongue, it will reduce the tongue’s overall length, and with it, the route along which the ice masses scrape against the stone. This in turn limits the walls’ braking effect, so that the glacier begins flowing faster,” said Martin Rückamp, the first author of the study.

The researchers can’t say when a calving event will occur or to what extent the crack and ice flow rates are impacted by climate change, only that if a calving event does happen, it will accelerate the glacier’s flow.