New details on the asteroid impact that killed the dinosaurs • Earth.com 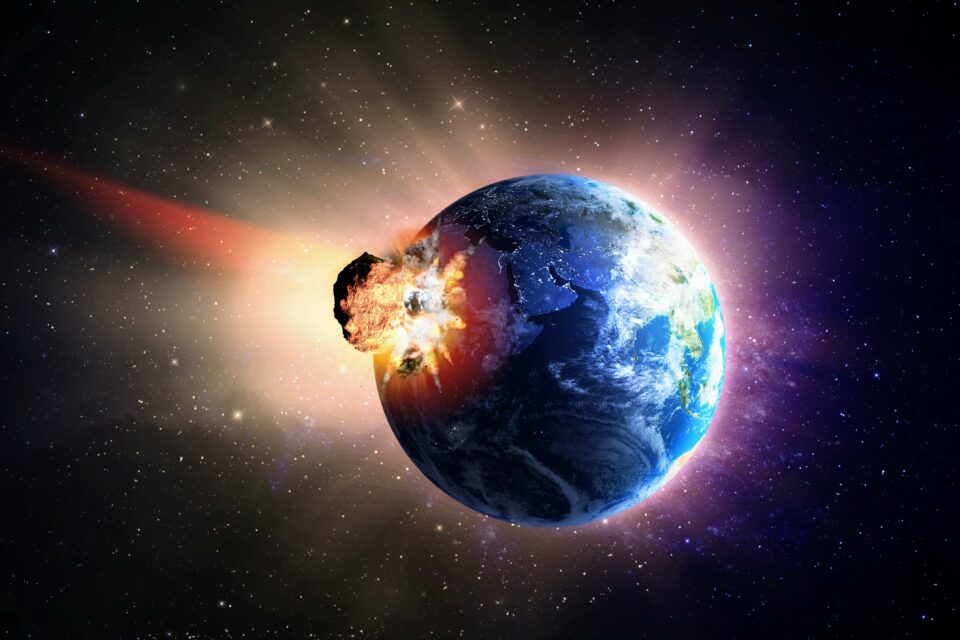 New details on the asteroid impact that killed the dinosaurs

A new study led by Syracuse University has shed more light on the catastrophic impact of the Chicxulub asteroid 66 million years ago. This asteroid, which struck Mexico’s northern Yucatán peninsula – an impact that ejected material equivalent to an area the size of Connecticut and more than twice as tall as Mount Everest – wiped out 75 percent of animals on Earth, including all the dinosaurs.

Experts now claim that one of the leading causes of this mass extinction was the redistribution of fine particles of sulfate in the stratosphere after impact, which led to rapid climate change.

“The impact blast and fallout ignited widespread fires, which together with rock dust, soot and volatiles ejected from the crater, blotted out the sun globally in an impact winter that may have lasted years, resulting in the extinction,” said study lead author Christopher Junium, an associate professor of Earth and Environmental Sciences at Syracuse.

According to Professor Junium, although scientists have long implicated that massive perturbations to atmospheric sulfur were the main causes of climate change after the impact, “there has been uncertainty regarding how much reached the stratosphere where its effects on climate would have been greatly magnified.”

The researchers conducted field work along the Brazos River in Central Texas to collect samples of rock that recorded the immediate aftermath of the asteroid impact. Analyzing these samples through novel geochemical techniques, they managed to trace the unique transformations undergone by sulfur aerosols when they rose above the Earth’s ozone layer and were exposed to ultraviolet radiation, creating diagnostic signatures in the stable isotopes of the sulfur gases.

“The unique fingerprints we’ve measured in these impact sediments provide the first direct evidence for the importance of sulfur aerosols in catastrophic climate change and cooling,” explained study co-author Aubrey Zerkle, an expert in sulfur isotopes and the sulfur cycle at the University of St Andrews in Scotland.

The presence of these signatures required enormous amounts of sulfur aerosols in the stratosphere, which returned to the Earth as acid rain and washed into shallow marine areas in the aftermath of the impact. “These sulfur aerosols would have extended the duration of post-impact climate change, taking an already beleaguered biosphere to the brink of collapse,” concluded Professor Junium.