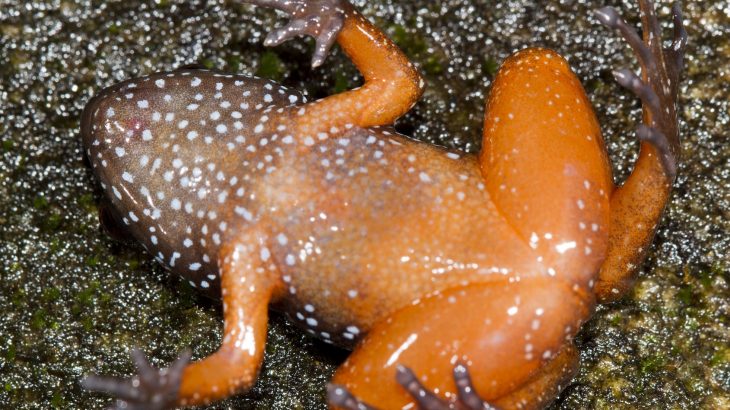 The Western Ghats mountain range in Southern India is one of the most biodiverse regions on Earth, and yet the area has remained largely unexplored.

Researchers led by S.P. Vijayakumar, a postdoctoral scientist at George Washington University, and Kartik Shanker, an associate professor at the Indian Institute of Science, conducted a large scale survey of amphibians and reptiles across the Western Ghats.

The researchers set out on nocturnal expeditions to better understand the biomass and diversity of frogs and reptiles in the region.

These expeditions led to the discovery of a small frog that has a vivid orange belly and white spots around its face.

Because the species of the frog was unknown, the researchers sequenced the frog’s DNA to help identify where it belonged in relation to other groups of amphibians.

“We used molecular sequence data to estimate the historical relationships of this ancient lineage, along with 3-dimensional micro-CT scans of the skeleton,” said R. Alexander Pyron, a co-author of the study. “This gives us crucial information about the historical evolutionary relationships of not only Western Ghats frogs, but also of the deeper structure of the Amphibian Tree of Life.” 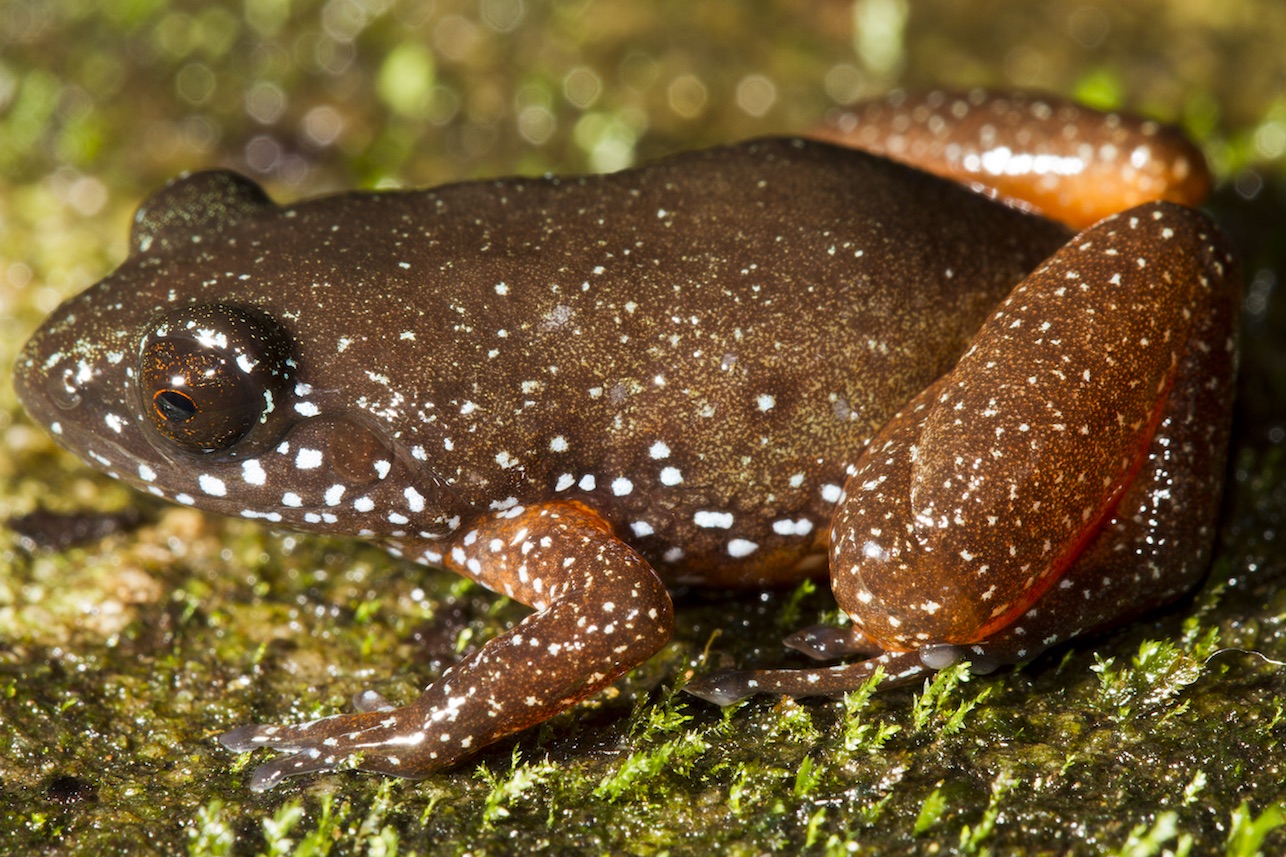 While the DNA sequencing results showed that the frog was related to two endemic subfamilies of frogs in the area. The frog was also genetically and morphologically different enough that the researchers discovered it was a new species belonging to a new subfamily.

The researchers gave it the name Astrobatrachus kurichiyana or Starry Dwarf Frog.

“The Western Ghats is a critical region that houses many ancient lineages and spectacular radiations,” said Dr. Vijayakumar. “This new frog is a window into the deep history of the landscape. Persistence of such evolutionarily old frogs in the southern parts of this mountain range is a potential signature of a historical climatic refugium in this Gondwanan fragment.”

The researchers detailed their findings in a new study published in the journal PeerJ.

Future surveys will help determine how abundant the Starry Dwarf Frog is in the area and if conservation measures are needed to help protect the new species.

The study illustrates the rich biodiversity of the Ghats and emphasizes the importance of surveying and studying the region.