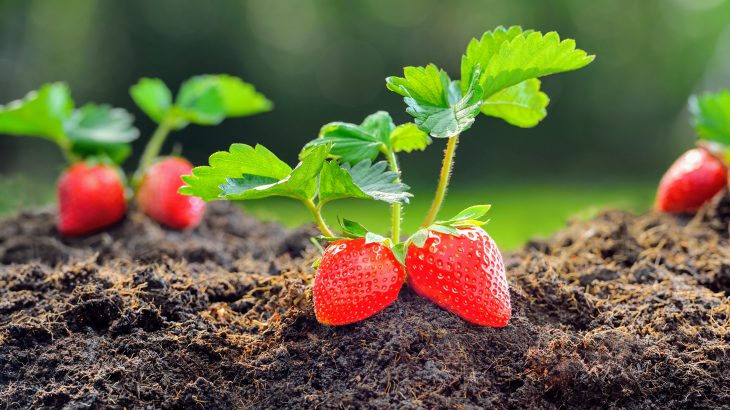 In a new study from the American Phytopathological Society, experts have developed a new heat-based treatment that can effectively kill plant pathogens without harming the plants. The research was specifically focused on angular leaf spot, a bacterial disease that is very damaging and economically costly among strawberry nurseries.

Angular leaf spot causes severe losses through direct damage or by preventing the export of strawberry transplants, which is heavily regulated in many countries.

Antibiotics have been used to prevent angular leaf spot, as well as copper-containing pesticides, but these compounds are usually not applied until after the pathogen has had a chance to become established. In addition, copper products can be phytotoxic, or poisonous to plants.

“One of the main problems with using heat to treat plants is that the temperature is also damaging to the tissues of most plants,” said study lead author Bill Turechek, a plant pathologist at the USDA. “This is why heat treatments are most often applied as seed treatments or on dormant woody tissues that tend to be more tolerant of the treatment.”

When asked what excited him the most about his team’s new heat-based treatment method, Turechek responded, “That it works!”

“By introducing a lower-temperature conditioning step and using steam rather than hot water, we produced plants that were better able to withstand the higher temperature treatment designed to destroy the pathogen.”

The technique uses a two-step process: a conditioning heat treatment that induces production of protective proteins and other molecules in the plant, and the application of a lethal temperature that kills the pathogen while doing little damage to the plant. Heat is applied in the form of aerated steam, which reduces the spread of pathogens that may not have been killed in hot water treatments.

While the method was designed to specifically target the pathogen that causes angular leaf spot, it has been proven effective against fungal pathogens, nematodes, and insect pests. “In other words, this treatment looks to have a broad spectrum of activity against numerous microbial, insect, and mite pests,” explained Turechek.

The technique provides a safe way to eliminate pathogens and pests, will reduce the need for pesticide applications, and will increase strawberry production and quality.

Furthermore, there is great potential for the thermotherapy protocol to be applied to many other plant pests and pathogens.

The study is published in the journal PhytoFrontiers.