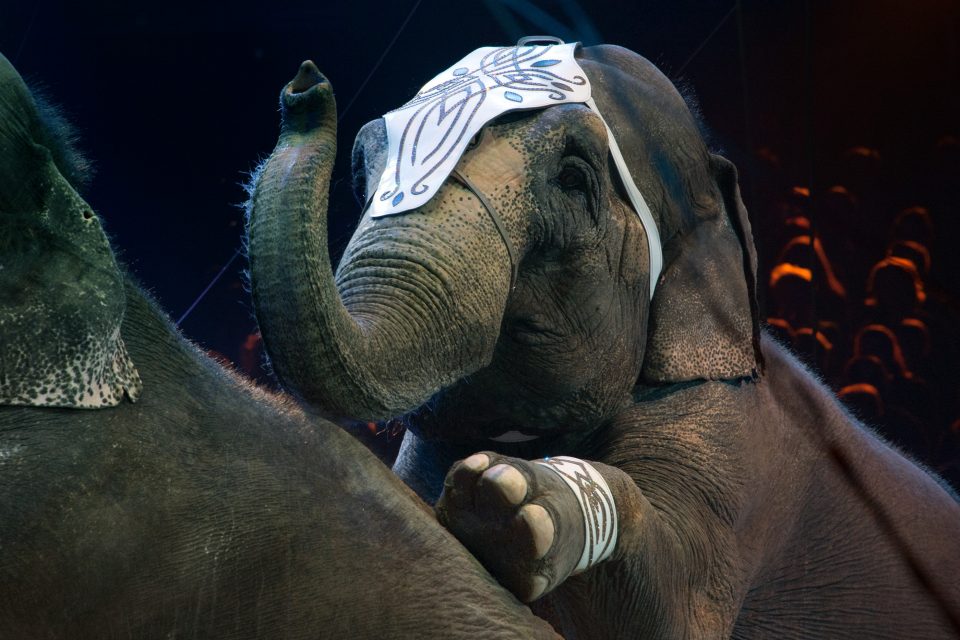 The bipartisan legislation received high levels of support and was even passed through the Legislature last year before being pocket-vetoed by then-Governor Chris Christie.

Nosey’s Law was inspired by Nosey, an elderly African elephant who was being transported around the country for traveling circus acts. After years of performing, Nosey was found by government officials chained in place, standing in her own excrement and without access to food or water. Nosey was seized from her owners and her owners were subsequently arrested for animal cruelty. Nosey is now living in an elephant sanctuary.

Nosey’s plight is similar to many other wild animals who are forced to perform for circus acts. Life in a circus act is far from a wild animal’s natural habitat. The animals are exposed to long periods of traveling and confinement, inhumane handling and training practices and overwhelming stimuli such as circus lights and music. Circus animals are often trained using bullhooks, whips and other tools in an attempt to “tame” them.

The stress of captivity and circus performances can manifest into dangerous animal attacks. A simple internet search can show dozens of videos of circus animals lashing out during performances. A video of an ostrich trying to escape a circus performance by jumping into the audience went viral just a few months ago. The audience frantically runs and screams as the ostrich falls to the ground. One person was reportedly injured by the incident. In 2013, horrified circus goers in Mexico watched a tiger kill its trainer during a performance.

Sponsor of the bill, Senator Nilsa Cruz-Perez said, “These beautiful creatures suffer from routine abuse and mistreatment by their handlers for the sake of entertainment. This by no means justifies the emotional and physical abuse animals like Nosey are forced to endure. Nosey is now safe in an animal sanctuary, but the law protects other animals from being abused like she was. Today, New Jersey is taking a stand for animal rights and I hope that other states will follow our example so that this sort of abuse can be eliminated everywhere in the country.”

With Nosey’s Law on the books, momentum may soon pick up for circus animal bans. New Jersey’s neighbor, New York, is currently considering a similar bill to restrict the use of wild animals in traveling circus performances. Legislation is starting to reflect the growing public sentiment against animal circus performances. In a 2015 Gallup poll, 69% of Americans stated they were concerned about animals in circuses.

“I am proud to sign ‘Nosey’s Law’ and ensure that New Jersey will not allow wild and exotic animals to be exploited and cruelly treated within our state,” said Governor Murphy. “This law would not have been possible without the years of hard work and advocacy by Senator Ray Lesniak, whose legacy on issues of animal rights is second to none. These animals belong in their natural habitats or in wildlife sanctuaries, not in performances where their safety and the safety of others is at risk.”