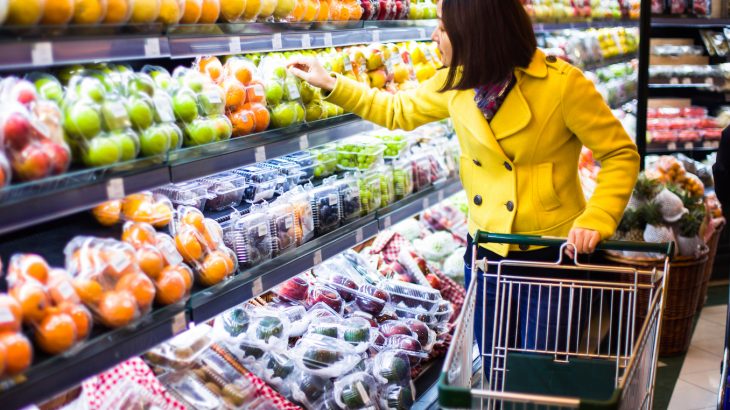 In the United States, both children and adults are not getting enough fruits and vegetables in their diets, which raises the risk for negative health consequences. A new study published by Elsevier has found that new parents in middle- and high-income households increase their spending on produce.

Study lead author Betsy Q. Cliff is a doctoral candidate in the Department of Health Management and Policy at the University of Michigan School of Public Health.

The study was focused on information from the Nielsen Homescan Consumer Panel dataset, which included more than 40,000 individuals who used in-home scanners to have their retail purchases tracked. The Nielsen survey also collected demographic information from participants such as number of children and employment status.

Overall, 508 households in the panel welcomed their first children during the study period. Among these new parents, the grocery budgets for fresh produce increased significantly compared to pre-parenthood. However, the increase in fresh produce purchases was only found in households with an income greater than 185 percent of the U.S. federal poverty level.

The specific factors that led to increased spending were not identified in the study.  For example, it is not known if a change may have occurred in the quantity or quality of the fruits and vegetables purchased.

The study is published in the Journal of Nutrition Education and Behavior.