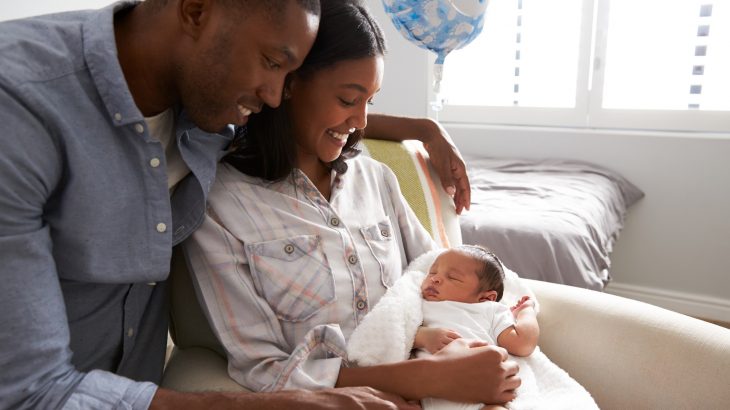 For new parents, sleep can sometimes feel like a lost luxury quickly replaced by a constant state of sleep deprivation.

You would think that once an infant starts sleeping through the night, sleep patterns should go back to normal for parents. Unfortunately, this isn’t the case, as a new study found that after the birth of a first child, sleep duration and satisfaction for parents don’t recover for six years.

Researchers from the University of Warwick in collaboration with researchers from the German Institute for Economic Research and West Virginia University examined sleep schedules of new parents to see not only how much sleep was lost in the years after childbirth, but also how sleep duration differed between mothers and fathers.

The researchers detailed their findings in a new study published in the journal Sleep.

4,659 new parents who had a child between 2008 and 2015 took part in the study, and the researchers monitored sleep duration by conducting yearly sleep surveys.

New mothers got less sleep overall compared to new fathers, but both parents lost sleep and had less satisfying sleep. In the first three months, mothers slept one hour less than before becoming pregnant, and fathers slept 15 minutes less.

The lost sleep only partially recovered as the child grew, and after six years, mothers still slept 20 minutes less compared to before pregnancy and fathers stayed at 15 fewer minutes of sleep.

First time parents had more exaggerated sleep losses compared to parents with more than one child, and in the first year, breastfeeding mothers had their sleep more impacted than bottle-feeding mothers.

“Women tend to experience more sleep disruption than men after the birth of a child reflecting that mothers are still more often in the role of the primary caregiver than fathers,” said Sakari Lemola, an author of the study.

The researchers made sure to account for any external factors that could influence sleep duration, but income or having two versus one parent in the household didn’t do much to guard against sleep deprivation.

“While having children is a major source of joy for most parents it is possible that increased demands and responsibilities associated with the role as a parent lead to shorter sleep and decreased sleep quality even up to 6 years after birth of the first child,” said Lemola.