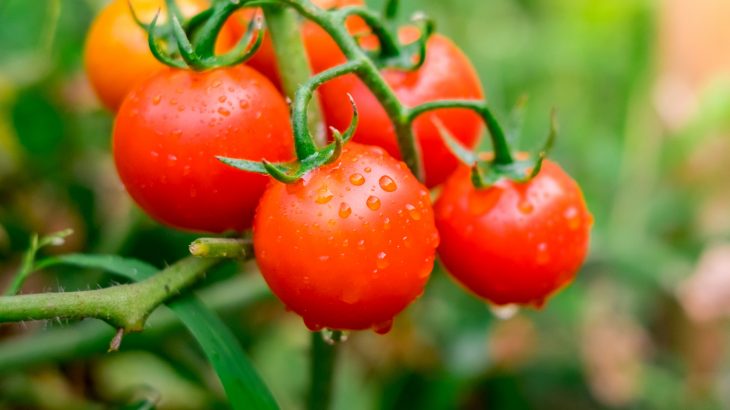 A new study from the University of Georgia has demonstrated that two food additives can eliminate foodborne pathogens from tomatoes before they are even harvested. The nonchlorine-based sanitizer, which contains levulinic acid and sodium dodecyl, can be used by vegetable farmers as a preharvest spray to control diseases such as Salmonella and E. coli.

While most farmers rely on postharvest washing to reduce the risk of foodborne pathogens, the new study suggests that applying sanitizers to produce while it is still in the field is an effective solution that can also lower labor costs.

“Tomatoes are grown in environments in which Salmonella may reside as a result of fecal contamination from animals, such as livestock, wildlife and reptiles,” explained the study authors. “For improvement of soil fertility and quality the application of manure and compost is common on organic farms, however; some improperly treated manure or compost can also add a potential microbial risk factor for fresh produce.”

Each year, about five billion pounds of fresh market tomatoes are consumed in the United States, which means that disease outbreaks have the potential to be large and far-reaching.

Study lead author Tong Zhao is an associate research scientist with the Center for Food Safety on the UGA Griffin campus.

Initially, Zhao’s team was going to investigate the use of a postharvest wash solution made of two food additives approved by the U.S. Food and Drug Administration. However, Bill Brim of Lewis Taylor Farms suggested that the study should be designed using the solution in a preharvest spray.

While producers commonly use chlorine-based disinfectants to treat produce postharvest, the preharvest application of bactericides is not a common practice, said Zhao.

“I have to express appreciation to the Georgia Fruit and Vegetable Association for funding this and other research that is of benefit to agricultural producers in the state,” said Zhao.

“This method can easily be adopted using equipment that most farms are already using. Preharvest treatment is very effective, efficient and easy considering the amount of labor needed for postharvest washing.”

The study is published in the journal Food Control.