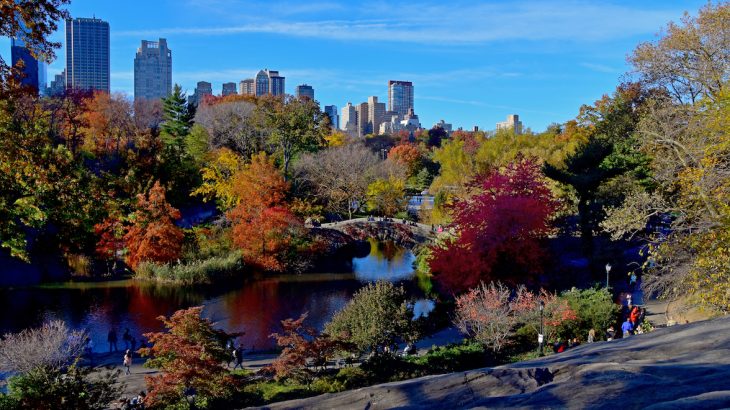 A new study by Yale University scientists in collaboration with the Natural Areas Conservatory found that native tree species still make up about 82% of New York City’s “forested natural areas,” which are areas that look and feel like lush woods and forests. This contradicts previous assessments that concluded native trees and non-native trees, such as those planted on streets, co-dominate the cityscape.

Researchers calculated that about 5 million native trees exist within these natural areas, whereas only 660,000 non-native trees line city streets and grow in city parks.

Furthermore, the study’s findings, published December 5th in the journal Ecological Applications, show that, of the 57 unique forest types within New York City, 81% are native forest types commonly found in regions like New York’s Catskills and other rural areas within the state.

The study’s lead author, Clara Pregitzer, a doctoral candidate at the Yale School of Forestry & Environmental Studies (F&ES), confirmed that forests are still alive and well within the country’s largest city. She also noted that, with this new information, officials can better focus on conservation strategies that hone in on the natural species and move beyond planting individual trees.

“You can create and design spaces that increase biodiversity or tree canopy by planting a lot of different trees,” Pregitzer said. “But it’s not the same as having these natural spaces. And if you don’t have information on them, if you don’t collect the data, then you can’t properly value or care for them.”

“What we’ve found is that there is a huge opportunity for conservation in urban forests,” she continued. “And now that we know what we have we can begin to manage them with a new perspective.”

Pregitzer and the research team spent two years collecting data on native tree species in New York City. Their data collection took them through 53 parks, and the team measured forest structure and composition of over 1,200 forest plots, in which they measured over 40,000 individual trees.

The team’s data also shows that, without investing in forest-management programming, the population of native trees in forested areas could decline in the coming decades. Thus, these findings are important for New York City officials to pay attention to in order to keep the native species alive and thriving.

“Having this information you can begin to say, ‘OK, if we do want to build a ball field, where should we do it? This other piece of property might be better and let us protect some of our original forest,’” Pregitzer concluded.