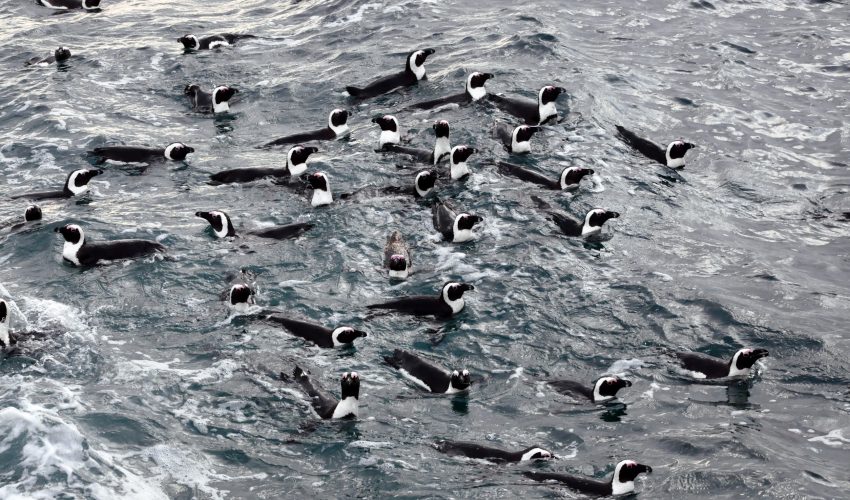 A new study from the University of Exeter has revealed that no-fishing zones are helping to save a struggling species of African penguins. The research team determined that the effects of fishing closures are greatly beneficial and should be continued and also expanded.

The experts teamed up with the South African government and researchers from the University of Cape Town, and focused their investigation on bans against fishing for “forage fish” such as anchovies and sardines.

“The amount of forage fish caught worldwide is increasing and – although the effects are disputed – the impact on marine ecosystems could be severe,” said study co-author Dr. Richard Sherley. He explained that forage fish are an important link in the food chain because they feed on plankton and then are preyed upon by tuna, dolphins, whales, penguins, and other species.

“We need to do more to understand the circumstances in which small no-fishing zones will improve the food available to predators, but our research shows this is a promising way to help African penguins,” said Dr. Sherley.

The research team examined colonies at Dassen Island, Robben Island, St Croix Island, and Bird Island. They compared three-year periods of fishing bans with similar time frames when fishing was allowed. It was difficult to get a clear look at the overall effects that the no-fishing zones had on penguin populations because there are so many other factors that affect their livelihood.

“Decades of research may be needed to be absolutely certain of the impact on the penguins’ population size,” said Dr. Sherley.

However, using a statistical method called Bayesian inference, the researchers were able to demonstrate that the fishing bans directly improved the health and survival of penguin chicks.

“There’s never going to be a quick answer to problems in complex ecosystems,” said Dr. Sherley. “However, without conservation action, there’s a good chance African penguins will go extinct in at least some of their current colonies. We are calling for a precautionary and adaptive approach – no-fishing zones to protect this species, with an open mind to change as more evidence emerges.”